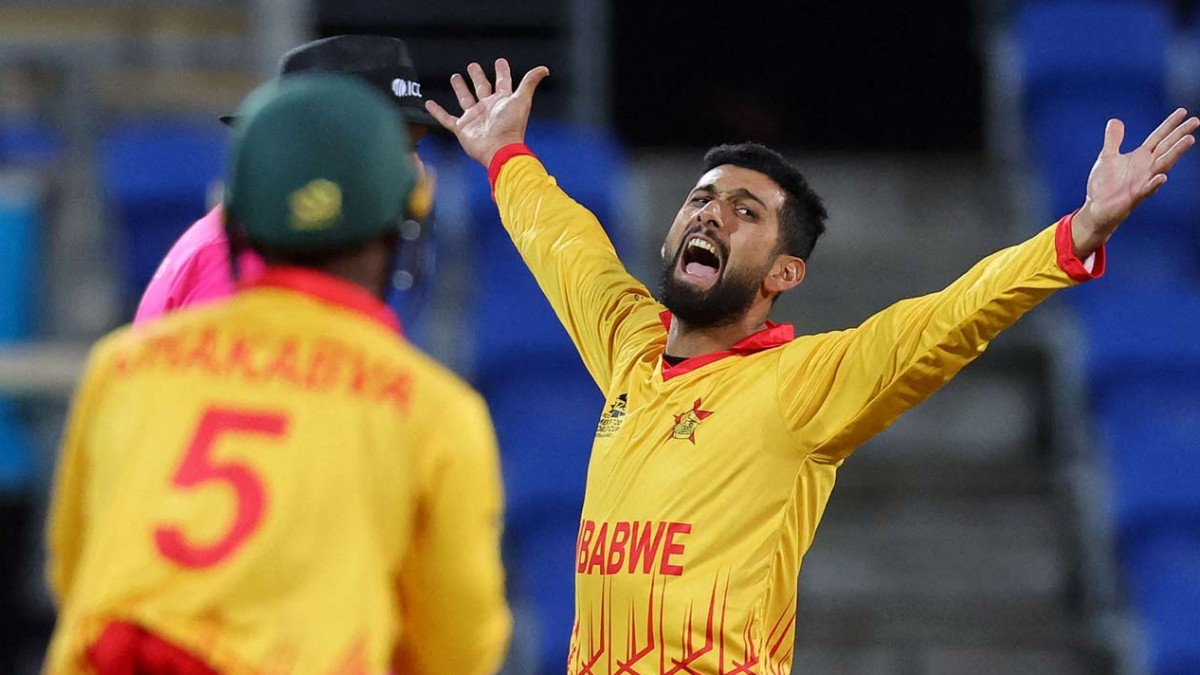 ZIMBABWE cricket stalwart Sikandar Raza has been shortlisted for the ICC T20 World Cup 2022 Player of the Tournament.

The 36-year-old was nominated along with some of the top performers at the tournament that includes Suryakumar Yadav, Virat Kolhli (both India), Shadab Khan, Shaheen Afridi (both Pakistan), Sri Lankan Wanindu Hasaranga and the England trio of Sam Curran, Jos Buttler and Sam Curran.

The nine-member shortlist was revealed by the International Cricket Council (ICC) on Friday, with the fans getting the chance to vote for the winner on: www.icc-cricket.com/awards/player-of-the-tournament.

The results will be made public after the final, pitting England and Pakistan, on Sunday.

Zimbabwe’s talisman continued his amazing run in the shortest format in 2022 during the tournament. He played some vital knocks with the bat, while chipping in with some handy overs with the ball.

He scored 219 runs in eight matches, with one half-century to his name. Raza also proved to be the game-changer with the ball in the famous victory against Pakistan in Perth, with figures of 3/25. Overall, he picked up 10 wickets in the tournament.