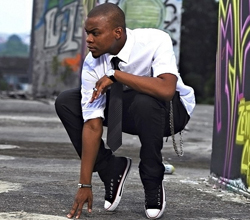 ‘Moonlight’ is the brilliant new single by Zimbabwe’s R&B star, Jonah, which got an online release on Monday.
Following the success of his sophomore effort, ‘A Piece of Me’ last year, Jonah, real name Jonah Sithole, is building on the production of his follow album, The Real Me.
The award-winning Malaysia-based singer has produced two mixes for the party track, enlisting the talents of rappers mUnetsi and Tactmatic. Both spitters are battle cypher champions in their domains of Zimbabwe and Malaysia respectively.
On the production boards are Indonesian super producers, The Shakes.
For the first mix, Moonlight opens up with the witty, bright and mellifluous raps of reputed rapper mUnetsi – who is also a fellow label-mate of Jonah under Boomslang Records.
“I am excited by the response we have had since we dropped the track on Monday,” Jonah said.
“I wanted to release a party track people can just jam to and have fun. Its like a weekend song you jam to by the beach, having a braai (barbeque) or on the way to party or even at the club!” he added
Zimbabwe-born Jonah made history by winning the first ever Pop Idol competition in his country of birth, before going on to perform at high profile gigs such as HIFA 2007, sharing the stage with the legendary Oliver Mtukudzi at the A Academy concert in 2009; and winning an MTV World Stage event in Malaysia the same year.
MOONLIGHT PARTY by Jonah & mUnetsi
Download the track for free hereAdvertisement