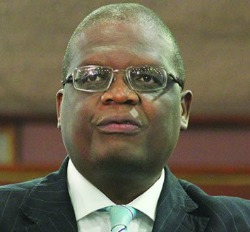 THE Reserve Bank of Zimbabwe is overwhelmed with non-performing loans in the banking sector and is struggling to reduce them manageable levels, a senior RBZ official has said.
RBZ deputy governor Kupukile Mlambo said this speaking at official launch of the $10 million Youth Fund which was financed by the central bank and the ministry of Finance.
“You may recall that as of last year in June about 20% of loans in the banking system were not performing and when you have such high levels of none performing loans it means that banks are less willing to lend out money,” said Mlambo.
“But I am pleased to announce that through the hard work we have been doing in the central bank and by the banks themselves we have managed to reduce these none performing loans to about 14% and our plan is that we must reduce them by the end of next year to about 5% which is a manageable level.”
Mlambo pleaded with the beneficiaries of the fresh fund to make an effort of repaying so that others will enjoy the same benefits.
“This is the reason why I an encouraging the youths who will access this facility to develop a culture of repaying because this is a revolving fund which must benefit the next person.”
In 2009, government unveiled $11 million to the youths for empowerment projects and only 3% of the beneficiaries repaid the loans.
According to the International Monetary Fund, a non- performing loan is a loan which has not been repaid and is in default or close to being in default.
Many loans become non-performing after being in default for 90 days, but this can depend on the contract terms.Advertisement