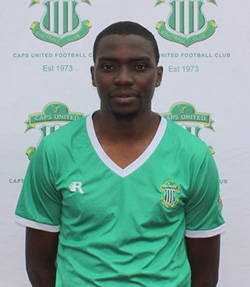 RESERVE Bank of Zimbabwe (RBZ) governor John Mangudya has bemoaned sanctions and continued isolation of the country by the West, saying this was impacting negatively on the country’s ability to access “patient capital”.
This comes as the International Monetary Fund (IMF) has maintained its growth forecast for Zimbabwe of 2.8 percent in 2017, lower than the 3.7 percent projected by the government.
According to the latest IMF Regional Economic Outlook Report for Sub-Saharan Africa, launched on Monday, the Zimbabwean economy is forecast to grow by 0.8 percent in 2018, below the expected average of 3.4 percent for southern Africa.
Mangudya, however, said Zimbabwe still expected the economy to expand by 3.7 percent in 2017, state-run news agency New Ziana reported.
The RBZ chief said the “smart” sanctions by the West were making it impossible for the country, which is in dire need of foreign direct investment and cheap capital, to maximize the potential of its economy.
“The huge external debt compounded by Zimbabwe’s isolation has made it difficult for us to secure patient capital,” Mangudya said.
“This economy requires patient capital for us to be able to grow and for us to get the funding we need to minimize the country risk, and minimizing country risk means we need to continue to engage,” he added.
Mangudya said sanctions were silently hitting the country’s financial sector but were so “smart” that some Zimbabweans did not believe they existed.
“You do not feel them in the streets of Zimbabwe. You feel them through the financial services sector where cross-border transactions are scrutinized much more than those for other African countries that are talking about compliance.”
He said the sanctions had resulted in Zimbabwean banks losing their relationship with critical global corresponding banks that facilitate international transactions.
While still registering positive growth, Zimbabwe needed to be attaining higher GDP expansion levels to move in line with its ZimAsset blueprint, which targeted an average growth of 7 percent until 2018, he said.
“We need to work very hard on investments and ease of doing business in Zimbabwe,” he said, adding the government is committed to meeting its international obligations to such creditors as the World Bank and the African Development Bank.Advertisement