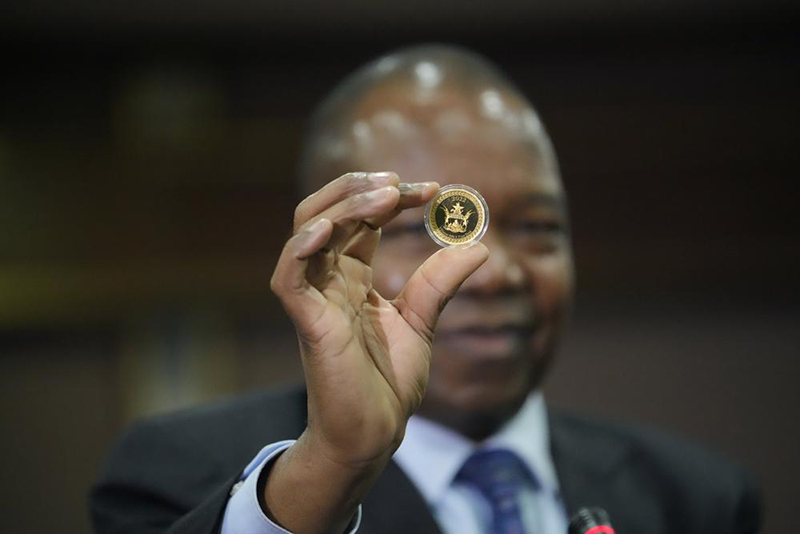 THE Reserve Bank of Zimbabwe (RBZ) has made an unverifiable claim that the uptake of gold coins has so far reached ZW$9 billion mark, with corporates dominating the list of buyers.

The development, RBZ says, demonstrated confidence in the investment instrument.

The gold coins were introduced as a measure to provide the market with an alternative investment option after authorities managed to establish a trend, where both companies and individuals with excess local currency would opt to buy the greenback as a store of value.

In turn, such behaviour would pile pressure on the parallel market exchange rates, triggering inflation and weakening the Zim$.

Since the inception of the gold coins, several market players have acknowledged the positive impact in the form of eased inflation and exchange rate depreciation pressures.

“The Monetary Policy Committee (MPC) noted, with satisfaction, the improved market confidence and uptake of gold coins as an alternative investment product to holding US$.

“A total of 9,516 gold coins valued at ZW$9 billion had been sold as at 23 September 2022, with 35% having been sold to individuals and 65% to corporates, including asset management and insurance entities,” he said.

The MPC said this measure, coupled with other economic stabilisation initiatives, have resulted in the significant fall of monthly inflation
from 12,4% in August 2022 to 3,47% in September 2022.

“The Committee had projected annual inflation to start tapering in September 2022, having earlier reached its plateau in August 2022,” said Mangudya.

RBZ also expressed satisfaction with the progress registered with regard to the convergence of the parallel market and willing-buyer willing-seller foreign exchange rates.

The forex premium has significantly declined from an elevated level of 140% in May 2022 to current levels of between 5% and 15%, which is consistent with regional and international norms.

“This positive development on the exchange rate front is envisaged to go a long way in eliminating arbitrage opportunities which were fuelling forward pricing models and hence fomenting adverse inflation and exchange rate expectations,” added Mangudya.