THE Reserve Bank of Zimbabwe (RBZ) will next week introduce $10 and $20 bank notes into circulation to try and cope with the rising demand for cash amid galloping prices of goods and services.

According to the central bank, the $600 million worth of bank notes will be incepted on Tuesday as authorities also moved to increase weekly withdrawal limits to $1 000.

In a statement Friday, RBZ Governor John Mangudya said the gazetting of the requisite regulatory requirements have paved way for the introduction of new notes.

The central bank chief said the features of the new bank notes will be publicised prior to their circulation.

RBZ also increased cash withdrawal limits from $300 per week to $1 000 per week.

“RBZ will not tolerate any abuse of currency and will decisively deal with any such abuses in terms of the law,” added Mangudya.

The set of higher denomination banknotes is aimed at increasing the physical money supply and curb severe cash shortages in the country.

Since the country took steps to dump the multi-currency regime that had been in existence since 2009, the highest denominated note has remained at $5.

But the rising demand for cash driven by continued price increases has left authorities with little choice but to increase the amount of cash in circulation. 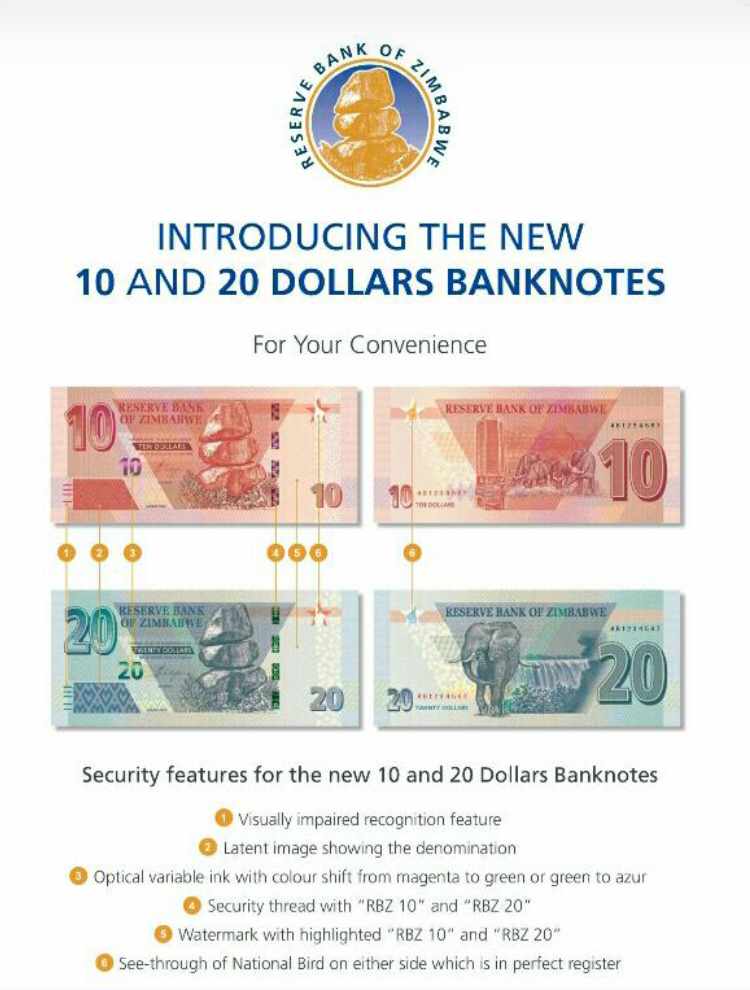