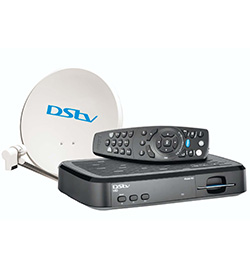 THE central bank has said it is “illogical” and undermining efforts to stem a cash shortage that the country is spending more on DSTV (satellite television) subscriptions than on imports of the raw materials needed to produce cooking oil.
Zimbabwe is facing its worst economic crisis since 2008 as a liquidity squeeze has left companies unable to pay foreign suppliers and workers in cash. The economy probably shrank 0.3 percent last year and is set to contract 2.5 percent his year, according to the International Monetary Fund.
Financial institutions used $207 million for the payment of satellite television subscriptions during the last six months of 2016 through accounts held in offshore currencies, the largest allotment of foreign exchange after fuel in the period, the Reserve Bank of Zimbabwe said in its monetary policy statement on Wednesday.
“Spending more foreign exchange on DSTV subscriptions than on raw materials to produce cooking oil, for example, is not only counterproductive but also illogical.
“Use of hard-earned foreign currency in this manner is not sustainable,” the central bank said. Banks should “exercise discipline and rationality in the distribution of foreign exchange among the competing needs of the economy.”Advertisement

“Similarly, Zimbabweans’ appetite to externalise foreign exchange to foreign banks puts unnecessary pressure on the country’s balance of payments,” the bank added.
“As reported by banks that report to the Bank of International Settlement (BIS) – bank for central banks – deposits held by Zimbabweans at these offshore banks have been on-going and currently stand at above US$600 million.
“Externalisation or capital flight of this nature which may be attributable to the use of mobile capital (foreign currency) as a medium of exchange and the lack of confidence within the domestic economy has a net effect of robbing the country of its hard-earned foreign exchange and deprives the country of jobs and growth in output.
“This calls for greater introspection among those involved in this practice in order to bring jobs and cash back to Zimbabwe.”
To counter this, banks will have to start settling domestic transactions made through credit card payments locally before the end of March, the central bank said. It didn’t say how credit card companies would settle foreign payments locally, while calls to the bank weren’t immediately answered.
Total foreign currency receipts fell 14 percent to $5.4 billion in 2016, while export proceeds shrank 13 percent to $2.96 billion, the bank said. Remittances from Zimbabweans living abroad slumped 18 percent to $1.57 billion.