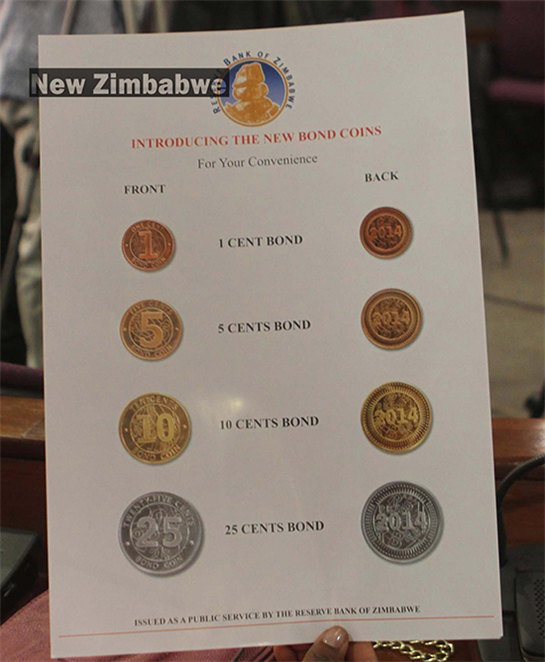 THE Finance Ministry and RBZ recently launched a goods market price devaluation model in the shape of cost reducing bond coins. Some economic agents see it as an attempt to de-dollarize the economy with a new currency system predicted to gradually out-muscle the USD in the fullness of time. It’s important to discuss the development within a household bank account/retail money context following the financial asset value erosion in 2008.
The RBZ’s postulate falls short on two counts. First, the store of value posit is crude and indefinite. There is a real risk of fluctuating informal exchange rate activity developing. Secondly, price formations are solely based on supply and demand factors; any novel suggestions, such as minting coins, are yet to be proven as authorised price theory.
Store of Value Hypothesis
To analogise, Dairibord had a token system in the 1990s promising to pay the token bearer milk on demand. The tokens constituted a barter-like exchange agreement which appears to be what the RBZ purports to be advancing. However, the coin is far-removed from Dairibord’s like-for-like transaction mechanism. The coins have an unquantifiable store of value liable to fluctuations based on potential (black) market evaluation due to the presence of uncertainty.
In order to maintain the fixed exchange rate, the RBZ has “promised” to buy the “domestic currency” in exchange for USD foreign reserves. The 1:1 bond coin/usd peg will hold until RBZ defaults (a real possibility) on a significant coin to paper payment or bank runs ensue during peak withdrawal periods and money supply falls short. The Vapostoris will then become market makers.
Again, the RBZ paying the coin bearer “real” US dollars on demand is not constitutionally mandated. Legally, they not obliged to pay the coin bearer on demand, and therefore, they can get away with it. As a result, valuation risk is firmly placed on the end user.
Price Devaluation Fallacy
The second flaw in the policy is the fact that it assumes the modalities of a closed economy devoid of exogenous (import) activity. Supply and demand form the key basis of price determination; coin minting does not, at least on significant levels. A dealer reselling his commodities sourced in South Africa has no incentive to lower prices unless the primary producer reduces price.Advertisement

The hard truth, following elementary economics, is that bond coins will in fact increase prices by adding liquidity to the M1 stock subsequently leading to inflationary pressure. Real notes exchanged for coins in everyday transactions are not necessarily ejected from the circular flow of income; thereby we have 2 stores of value with a similar fiscal DNA floating about concurrently. That is as clear as any quantitative easing definition can get.
Calming the Markets
One way to avoid scepticism towards the new measures is full deposit insurance, which means depositors are made to pay a token fee to ensure their assets are ring-fenced should the unthinkable occur. Deposit insurance might help mitigate risk, and hence provide stability to the “experimental” financial system. The insurer, I might add, must be independent and have no state ties. That way, accounting processes are two-tier and depositors can sleep easy at night knowing there is a redundancy procedure in place.
A more complex yet feasible method is the adoption of a Money Flow Index Oscillator measuring fiscal flows in and out of the money ecosystem on a scale of 0 to 100. As a caveat, the method would work on condition the above stated deposit insurance system is fully functional. An algorithm could be deployed to consider the average up and down periods in regards to cash demands.
Such a stop-gap approach would ensure pay days, Christmas holidays and other peak periods would be met with a low bond coin injection whilst quieter periods such as January would be met contrary divergence through higher coin “stimulus” The variation of the bond coin money flows would use a demand driven ratio – positive (inward) money flows against total dollar volume – rather than random boosts. The two suggestions are much more sensible proposals.
Bheki Ngubeni (MSC,BA) can be reached at bheki213@yahoo.co.uk