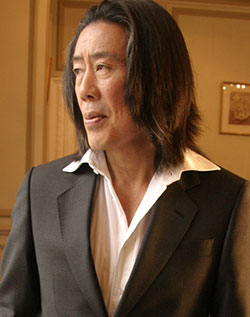 THE ease with which President Robert Mugabe’s Zanu PF party won the 31 July 2013 elections was like a dawn where all seems calm, but the storm clouds sit on the horizon. Those elections were won because of two key reasons.
The first was because Morgan Tsvangirai’s Movement for Democratic Change (MDC) performed appallingly. Outwardly confident, it made the same mistakes it had in previous elections – as if internal reflection, self-criticism and learning from mistakes were impossible.
The second was because Zanu PF took advantage of all the opportunities available to it to “condition” the election. Many said Zanu PF stole it. The problem with the accusations of a stolen election was that evidence collated from local instances of electoral malpractice could not be extrapolated into one national picture.
All the accusations assumed a single “rig” and none of the civic and observer groups examined the possibility of several strategies to ensure victory.
In fact there were three outcomes. The first was the election of Robert Mugabe as president. The second was a Zanu PF-dominated parliament, where the percentage of seats won was greater than the percentage of votes gained by the president. The third was the decimation of the MDC front bench so that those left in parliament have far less leadership than before.
Three strategies with three complementary but different outcomes constitute a perhaps more rewarding point of departure for those protesting the Zanu PF victory and how it was won.
Yet the MDC’s key accusation, of a condensed and highly conditioned voter registration, is a double-edged sword.
Conditioned, even constrained, registration risks leaving everyone’s supporters off the roll, although registration constraints seemed most visible in MDC strongholds. As in previous elections, the MDC mounted no registration drive of its own. What is a prerequisite in contests in Europe and the United States has been curiously absent in Zimbabwe.
Echoes of violence
That and the poor performance of MDC members of parliament (MPs), the party’s imposition of unpopular candidates on several constituencies and the growing similarity of MDC lifestyles to those of Zanu PF MPs meant that the voting public was hardly enthusiastic to vote for something that seemed to offer a reduced promise of change.Advertisement