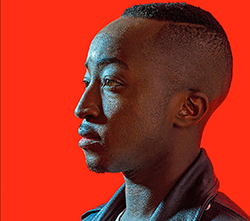 LONDON based producer, songwriter and multi-instrumentalist Rationale is one of the main headline acts on the Festival Republic stage.
He is known for creating bold, genre-hopping productions of soulful and heartfelt songs.
His lyrics reflect real-life stories that are amplified for dramatic effect, and in his recordings, classic arrangements meet cutting-edge sonics.
Born in Harare in Zimbabwe to a mother with a diverse record collection including everything from Fela Kuti to Meatloaf; and later settling in London and discovering late 90s rock and indie, Rationale soaked up the eclectic influences that are now found in his music.
He developed his skills in the studio, and discovered a soaring baritone vocal that is in equal measures Drake and Morrissey, but one that is instantly recognisable as his.
Previously he performed under the stage name of Tinashe but had limited sucess.
Therefore in 2015 he relaunched his career under the name of Rationale, releasing singles ‘Fast Lane’ and ‘Fuel to the Fire’ in that year.
Radio support for Rationale started early on. Pharrell Williams, Zane Lowe, Julie Adenuga and Elton John all played tracks on their shows and Phil Taggart, Huw Stephens, Clara Amfo and Greg James played tracks on BBC Radio 1.
By the time the entire EP was available, both ‘Fuel To The Fire’ and ‘Fast Lane’ had achieved places on Radio 1’s In New Music We Trust playlist, which is a rare feat for an artist’s debut EP.
In October, Rationale played his first live show at the Courtyard Theatre in Hoxton, London.
He has also had shows in Dusseldorf, Amsterdam and Paris.
Bastille frontman and friend Dan Smith signed Rationale to his new record label.
Rationale is set to release his debut self-titled album in September.