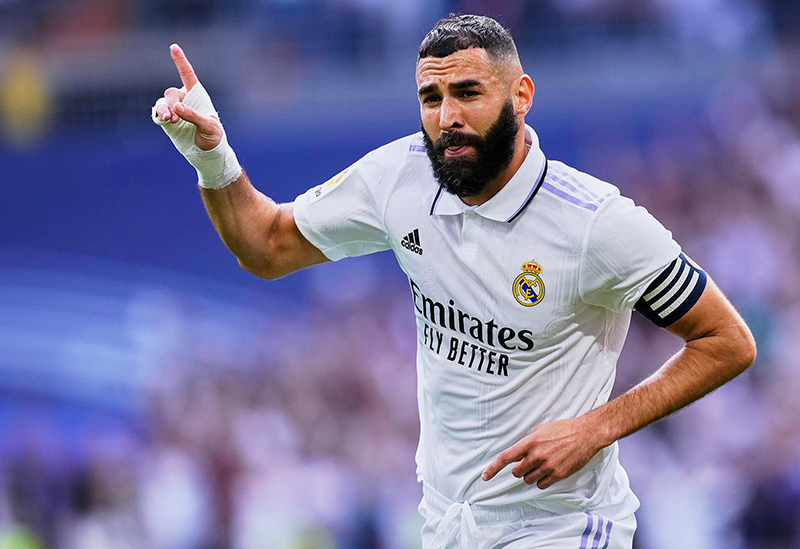 Karim Benzema said he had become more ambitious with age as the Real Madrid and France striker won the Ballon d’Or on Monday, and dedicated his trophy “to the people”.

Benzema, who turns 35 in December, the day after the World Cup final, is five months older than Lionel Messi was when the Argentine won the most prestigious individual award in football for the seventh time last year.

?? Karim Benzema : « It’s an honour, it was a childhood dream becoming the Ballon d’Or »#ballondor pic.twitter.com/17ykH6YPzd

Indeed he is the oldest winner since England’s Stanley Matthews won the very first Ballon d’Or in 1956.

“Winning this trophy was always in the back of my mind but what has changed since I turned 30 is ambition,” Benzema said after collecting the prize in a star-studded ceremony at the Chatelet Theatre in Paris.

Benzema was just 21 when he joined Real Madrid from Lyon in 2009. He has come into his own in the Spanish capital since Cristiano Ronaldo’s departure in 2018, when Benzema was 30.

“Ambition really entered my head after that.

“Ambition means working harder and being a leader for my team and I am lucky to play for Madrid, the best club in the world.

Benzema was rewarded for scoring 44 goals in 46 games last season as Madrid won the Champions League and LaLiga.

He also won the Uefa Nations League with France, completing a remarkable career revival for a player who was frozen out of the national team for five and a half years because of his involvement in a blackmail scandal over a sextape involving teammate Mathieu Valbuena.

“I have been through difficult moments, where I wasn’t playing for the national team and so was alone at Valdebebas (Real’s training ground) because everyone else was away playing for their countries.

“I am very happy and very proud of the work I have put in.”

On stage Benzema called his prize “the Ballon d’Or of the people”, a statement he later said was not intended to be political but “just a nod to where I come from”.

Among those to congratulate Benzema publicly was the French President Emmanuel Macron, who did so on Twitter.

“Thanks to the President. That’s nice,” Benzema said.

“When I play football I don’t go out thinking I need to please anybody.

“I just try to give emotion to people. I know today people are proud of me and that is why I said it is their Ballon d’Or.”

He is now targeting the World Cup with France in November and December having not been involved when Les Bleus won the trophy in Russia in 2018.

“I am still ambitious. I would like to go to the World Cup with France,” he said.

“There are things that are still left to be done. I hope to be in the squad for Qatar, to go to the World Cup and do everything to win it.”