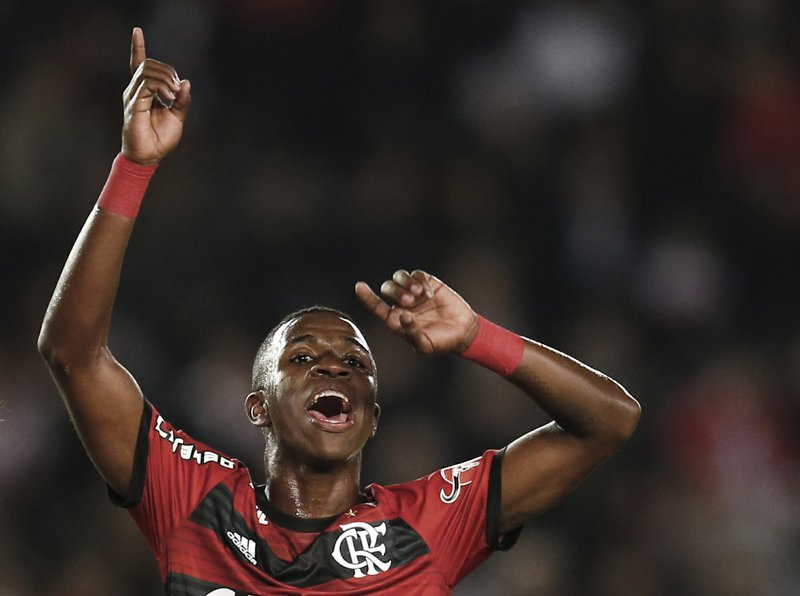 MADRID: Real Madrid wanted Brazilian teenager Vinicius Junior to gain experience in its B team. He got more than he expected when he was bitten on the head.

The 18-year-old Vinicius, for whom Real Madrid paid 45 million euros ($52 million) last year, was bitten after a scuffle in a youth team derby against Atletico Madrid on Sunday.

Vinicius and Atletico captain Tachi got tangled up on the ground after a ball dispute, with the Brazilian underneath. After he tried to get up, Tachi became upset and bit Vinicius on the back of his head.

A shoving match ensued with other players, and Vinicius and Tachi were issued yellow cards.

“I’m not proud of what happened, and it does not reflect who I am as a player,” the defender said on Atletico’s website.

“This action does not represent the values that the club promotes in the academy and I know that it is not an example for the younger boys. At the end of the game I talked to Vinicius, we hugged each other and everything ended there. I have to learn from a situation like this and move forward.”

He said it “was a shame” the incident got so much attention after a good match which ended 2-2.

Vinicius scored both goals for Real on Sunday, including a stunning right-footed shot that curled into the top corner.

The speedy forward, bought from Flamengo, is known for his nifty dribbles. He’s been compared most often to former Brazil and Real player Robinho. 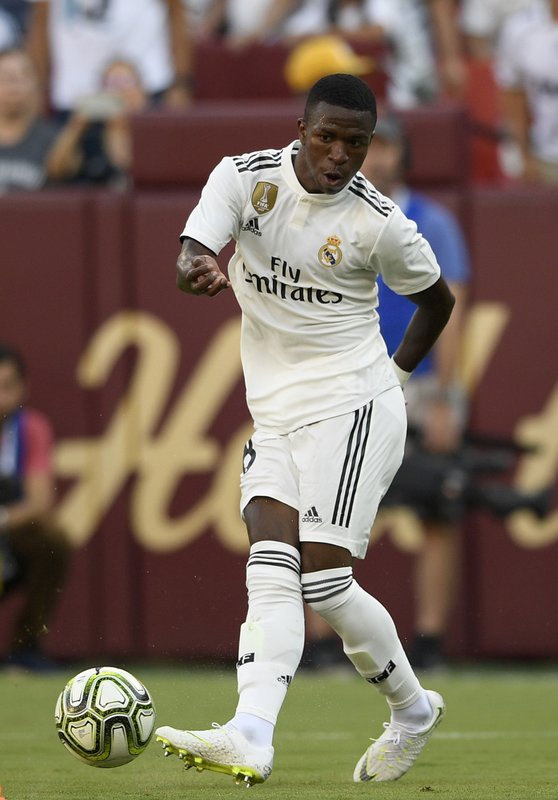