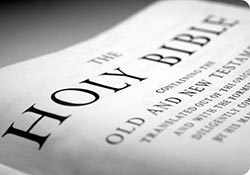 THE very base of religion is ‘Faith’. Faith is the desire and choice to accept things that otherwise make little sense; defeat common logic, scientific reasoning, and provable rationality, in the staunch belief that the anomalies are the making of a greater deity whose works and mind are beyond that of common mind.
Christianity is one religion founded upon the very tenant of faith. So much so, any attempts to digest or analyse Christian scripture or works is labelled foolish, devilish, and evil. That is well, and acceptable, and I have no desire to take this ‘flaw’ apart in this essay. It is a
n aspect central to Christian belief, I respect the decision of those inclined to the advent to follow it.
However, I must make a case against Learnmore Zuze, his blind man analogy, and blatant attack on atheism.
First and foremost, it is deeply and humiliatingly ironic that a man of faith, can open his two lips and claim that a set of people who choose not to believe in a deity lack logic. Really!
In the game of Logic it is about Evidence: Don’t quote it if you offer none yourself!
The game of rational lucidity is about evidence and fact. Learnmore quotes logic and common sense, yet offers no evidence to support his own reasoning. Perhaps he is ignorant, but I will spare some evidence for him myself.
The earth is 15 billion years, and there is conclusive evidence to prove this. Yet, the bible claims the earth is 6000 years old. Modern humans have been in existence for some 200,000 years making the biblical belief of a 6,000 year old man fabricated.
Yet according to Zuze, “he who believes in conclusive evidence lacks reasoning and logic”.
He objects evidence because, his “faith instructs him against evidence that the earth is indeed just 6,000 years old”.
It is quite disastrous that if Zuze believes in something, it is consequently a fact, and if anyone else does not believe in it, then they are blind. Never mind the evidence. Logic huh?
The most disturbing aspect of Zuze’s consciousness is that he claims that simply because there is no evidence to support God does not exist then it means he exists, even though there is no evidence to support that he does.
Two simple problems here: We all know there is tonnes of evidence to support the notion that God does not exist, or at least that Christianity is blemished to the point where its actuality as a true religion is open to suspicion. Hence Learnmore’s postulation that God exists because science can’t prove he does not is propaganda. It can.Advertisement