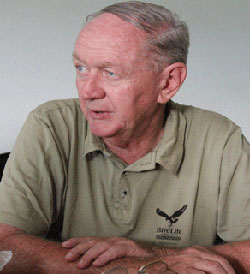 Zimbabwe Renewal – Labour, Productivity and Competitiveness
We talk glibly about a globalised world without really understanding just what it means. In Zimbabwe we are emerging from a century of controlled market policy and harsh exchange controls that gave near total protection to local industries. The result was a small but tough and resilient economy that pursued self-sufficiency like a religion and was able to slowly raise living standards until the delinquency of the Zanu PF regime in the first decade of this century destroyed the system. We now have to face the harsh reality that we have to rebuild our economy almost from scratch.
Not only has Zimbabwe woken up from a century of managed growth and destruction, but it has done so well into the 21st Century which is going to be the first century of globalised markets and near free competition. This is compounded by the fact that we no longer have a managed and tightly controlled economy but one in which enterprise and initiative are the main driving forces and a market driven economic system without exchange or significant import controls.
The harsh reality is that the majority of our industry, agriculture, and services are simply not globally competitive. The painful fact is that only those segments that are, are going to survive. Our manufacturing sector, already down to about 20 per cent of its traditional role, is shrinking at the rate of about 50 companies a month. Our agriculture is a shadow of its former self, but all remaining farmers report the same thing, how on earth do we make a living, doing what we do?
Last month the Ministry of Agriculture announced a producer price for maize of $395 a tonne. The farmers had demanded a price above $400. The import parity price of maize from the region is about $250 a tonne and the GMB simply does not have the money to sustain its offer of $395. The result, farmers are unable to sell their maize locally to anyone except the millers and they are offering a price below $200, take it or leave it. A similar crisis grips the tobacco and the cotton industries.
We have to recognise that if we are to survive in this globalised world, we have to be able to meet competition head on. In the last election I had the job of buying T shirts for our campaign. Our budget was a million dollars. I called local players and got a price of just over $5 a shirt, delivery over six months but we had to buy the material in bulk and have it dyed. We called South Africa – price quoted delivered Harare $3,80 and delivery in three months after payment up front. We then emailed China, had a reply in 5 hours, samples in three days and a price of $1,50 per unit delivered Harare, half of the price on order, the balance on delivery, delivery in one month. How on earth do you compete with that!Advertisement

For me there seems to be three main ingredients in the mix of a globally competitive world – good labour relations, high and rising levels of productivity per unit of inputs and a competitive, low cost operating environment. Good labour relations does not mean good wages or easy working conditions, rather it means including your labour in the task of competing with the rest of the world. It requires transparency and equity, you cannot expect your staff to work hard and sacrifice if you are drawing a bloated salary and not working for it. You have to involve your staff in every aspect of the business, remuneration policy, pricing, buying, technology, quality control, transport and distribution. I believe that every firm needs to have at least one, perhaps two elected staff representatives on the Board of Directors.
I think we have to have democratically elected trade union leadership that genuinely represents the interests of the work force and has easy access to management. I think we have to look long and hard at executive remuneration and ensure flat staff structures that narrow the gap between executive salaries and those on the shop floor. Workers have to be confident that their management is acting in their interests as well as their own. The state of war between labour and management that exists today in South Africa is a legacy of many decades of poor and exploitive labour practices enhanced in the early days by racial segregation and the existence of a vast pool of poorly educated labour that would work for very little.
Then we need to recognise that productivity is critical, if you use more of any input per unit of output than your competitors, then how on earth are you going to be able to compete? This means we have to invest in new technologies, we have to scour the world for the cutting edge in our field of endeavour. We have to learn to be quick on our feet and to respond to changes very rapidly. In the 21st century this is going to be an issue of survival as well as growth. It also means that you must choose the niche in your industry where you are going to work very carefully. I would suggest, for example, that we would be crazy in Zimbabwe to try and manufacture a luxury motor car, we could maybe produce a 1 tonne utility pick up for local and regional sale, but nothing else.
Then we need an efficient and low cost operating environment. How can we compete if it takes 3 days to clear a heavy duty vehicle at Beitbridge? How do we build a mining industry without efficient rail connections? Why are we paying three times the cost of a cell phone call in South Africa? Can we generate and supply cheap power? One of the most astonishing developments of the past two decades has been the result of President Bush’s statement that the US must seek energy independence. This has been achieved and the average cost of energy in the USA is today 20 per cent lower than in Europe and even more than that in the Far East. It is one of the main reasons why the USA is slowly winning the war of competition with China.
A colleague of mine said something to me last week about the pervasive nature of corruption in Zimbabwe. He said he had to pay for every decision that he needed from Government at whatever level. He also said that when he travelled last week from Victoria Falls to Harare, he was forced to pass through 37 road blocks by the Police. It is common currency here that the corruption at road blocks – ZRP, Zinara, VID and Radio Licenses – is completely out of hand and can double the cost and the time involved in transport either in the towns or on the long distance routes that are so critical to our survival as a land locked State.
Then there is the burden of State enterprise that must seek revenue from either the ordinary person on the street or business of every kind in order to survive. These charges nearly double to cost of labour, they constitute a serious financial burden in every sector. Having the right to charge for a service is a license to charge whatever you need to keep your State entitled institution in business, with high salaries, expensive cars and perks. In this sort of environment we do not have a hope of seeing any recovery except in areas where our natural resources endow us with assets that simply cannot be found anywhere else.
Eddie Cross is MDC MP for Bulawayo South. This article first appeared on his website www.eddiecross.africanherd.com