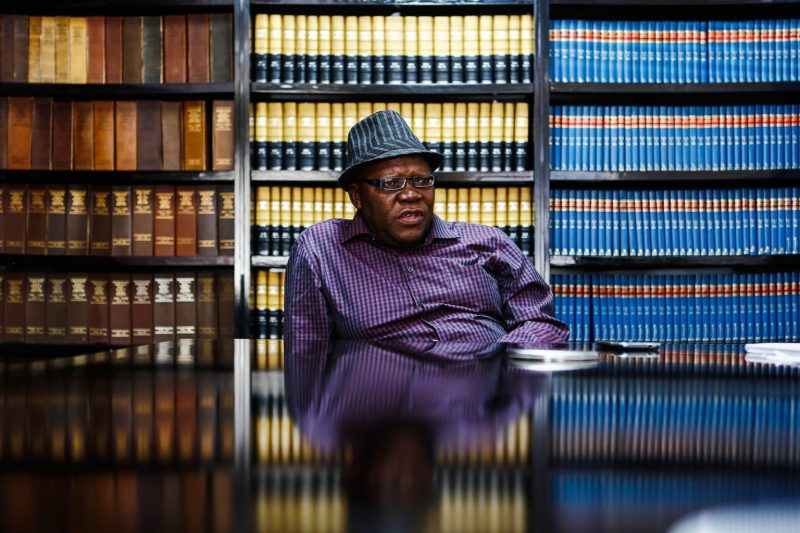 TENDAI Biti has effectively been using his position as the chair of Zimbabwe’s parliamentary public accounts committee and his legal and financial skills to expose billions of US dollars of taxpayers’ money stolen by the state or lost in overpriced contracts to cronies of the ruling Zanu PF party.

But last week his probe evidently touched a particularly raw nerve and President Emmerson Mnangagwa personally intervened, he believes, to get him thrown out of Parliament.

That abruptly sabotaged his parliamentary corruption-busting. But Biti has vowed to find another way to uncover the crooks.

Biti is a former finance minister and a lawyer. Until Wednesday, he was also an MP of Nelson Chamisa’s MDC Alliance, the main opposition party.

Last week, Jacob Mudenda, the Speaker of Parliament, announced that he had received a letter from Benjamin Rukanda, secretary-general of Biti’s old party, the People’s Democratic Party (PDP), to say that as Biti and three of his MDC Alliance MPs were no longer PDP members, they could no longer represent the party in Parliament. So Mudenda threw them out of Parliament.

“They just fired us unconstitutionally,” Biti told DM168. “How do you fire someone who belongs to a different political party?” he asks, noting that he was a founding member of the PDP and that he and another party leader formally dissolved it before the 2018 elections that he and his fellow former PDP MPs contested on the MDC Alliance ticket.

“So I am the PDP, we are the PDP, those are not the PDP,” he said, referring to the PDP now run by Lucia Matibenga. “We can’t fire ourselves. But it doesn’t matter. This is Emmerson,” he says.

Biti said the public accounts committee had been “doing a decent job in exposing corruption”. Its first two reports had been on government departments: the Reserve Bank of Zimbabwe and the ministry of finance.

“We exposed massive defaults and omissions, forcing the government to bring before parliament a bill in which they sought condonation of $10.6-billion, which they had stolen and used without parliamentary approval.”

Then the public accounts committee moved on to Command Agriculture, a state programme that is supposed to help farmers grow maize on irrigated land. Instead, it had become a “feeding scheme … a feeding trough” for corrupt officials and their cronies. “So billions and billions of dollars have been stolen through Command Agriculture. Just for instance, in 2017 alone, $2.7-billion was stolen. In 2018, $3.5-billion was stolen.

“In the next few weeks we were going to table before parliament a report locating Command Agriculture in the military. So the corruption in Zimbabwe is a conflation of the securocratic state and Zanu PF to create what I’m calling ‘the Deep State’.”

One of the cartels heavily involved in the Command Agriculture is Kuda Tagwirei, the head of the company Sakunda Holdings. “So this report will expose Kuda Tagwirei badly,” Biti said.

“Another report that I was supposed to table [on Thursday] is a report on the Zimbabwe National Roads Authority and that report will show cartels. This time white cartels.”

Biti said the report exposed the “massive corruption” where Laurence Sher, a director of Univern, had been “milking millions out of Zimbabwe” through contracts that had not gone out to tender as they should have. These included contracts for tollgates, for vehicle licensing and for collecting $10 per vehicle licence fee for travel into Zimbabwe.

In an email response to questions from DM168, Sher said Univern’s contracts were “completely above board”.

“As a public-private partnership arrangement where we, as a business, invested in systems and infrastructure on the basis of a revenue share agreement with the [government]. The revenue-share arrangements are done only on collection of revenue and then split as per defined arrangements,” Sher said.

He said the auditor-general has oversight of all revenue earned. But, he said, “our revenue is a function of what is generated for government departments through the systems we have implemented and maintain on an hourly basis. It is based on a straight line percentage split.”

Sher said they had not yet “fully collected our investment into this project”.

Sher said every contract had been awarded to Univern “purely on merit”, and that no one at ZINARA “had ever received any material benefit, monetary or other” from the company. He was adamant that all contracts have been fulfilled completely – if not “far and above” the scope of the original contract.

“The revenue results to government prove this beyond a shadow of doubt,” he said.

Biti said the public accounts committee had also started an inquiry into the diesel-powered emergency electricity generation plant that the government had commissioned in 2014 to be built at Dema, about 100km from Harare. The plant cost more than $300-million to build and began producing 200MW of electricity in 2016.

“This contract was again given to Kuda Tagwirei of Sakunda. But he was selling his electricity at 30c a kilowatt when, at the time, Zimbabwe could have bought electricity from [Mozambique’s] Cahora Bassa’s HCB or South Africa’s Eskom at 5c a kilowatt. So how does any decent government pay a premium of 25c for a diesel power project, with all the environmental damage that diesel does?”

Tagwirei also featured prominently in a report that DM168 published last month on the way Mnangagwa and his cronies had formed cartels to monopolise several lucrative sectors of Zimbabwe’s economy.

Biti said headlines had appeared about how the public accounts committee had grilled executives of the Zimbabwe Electricity Supply Authority about why they had given the diesel plant contract to Sakunda.

“So they panicked. They said to Mnangagwa, ‘You have to fire that man’.”

Though his exposure of corruption was the main reason for his firing, Biti thought the final straw was his recent visit to Chiredzi, in southeastern Zimbabwe, where the government has been planning to displace the entire Shangaan community.

The government planned to give the land to a “Mnangagwa acolyte”.

He had tabled a report in parliament to expose the shenanigans behind the displacement of the Shangaan people. “This is Emmerson Mnangagwa who has done this,” he said.

Biti said he and his colleagues would, “for posterity”, file court applications challenging their expulsion from parliament. “But this is Zimbabwe,” he added, with an audible shrug. They would go through the legal motions but the only remedy would be to fight by-elections to win back their vacated seats.

He vowed to continue his fight to expose corruption by whatever means.

“They can’t really do anything against me, I’m not a criminal. I’ll not stop fighting the way I’ve been doing. This doesn’t worry me. The only regret is that we were doing such powerful work in the interests of Zimbabwe.

MDC Alliance Senator David Coltart told DM168 that the move to recall Biti and the other former PDP MPs “is partly part of Mnangagwa’s agenda to obliterate the genuine opposition – he has always desired a Chinese model of governance – and partly the need to shut Biti up. With parliamentary immunity, he was able to reveal all sorts of corruption others haven’t been able to.”

Zanu PF used a similar ruse last year to expel several MDC Alliance MPs from parliament on the grounds that they had been elected to represent a rival MDC faction, MDC-T, and so could not remain in Parliament as MDC Alliance representatives.

MDC-T is believed to be in cahoots with Zanu PF against MDC Alliance.