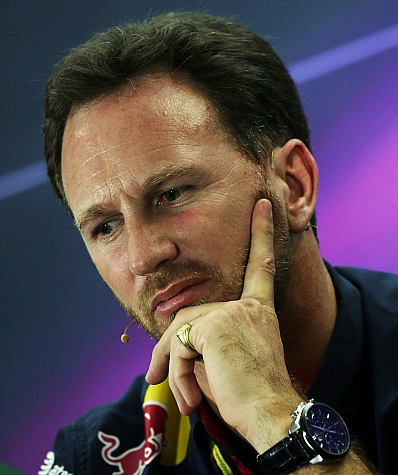 DESPITE dominating the sport at the start of the decade, Red Bull say they will leave F1 if they cannot get a competitive engine or Audi do not join the team.
The team are increasingly frustrated with their current partner Renault and their failure to produce a hybrid engine that can rival Mercedes’.
Australian Daniel Ricciardo finished seventh in the Spanish Grand Prix while Russian Daniil Kvyat was 10th but both were lapped.
The performance gap with Mercedes appears to have widened, even if all of the Renault-engined cars finished the race for a change.
“I think it is a positive that we got four engines to the finish without any white smoke, so it’s a step forward from where we have been in previous races,” said team principal Christian Horner.
“Reliability seems to have been a step forward, so the focus desperately needs to turn to performance before too long.
“I think we are so far on the back foot with reliability anyway that, to be honest with you, this year is pretty much a write-off. You have just got to go for it, even if you end up using 20 engines,” said Horner.
“It would be better to learn and make progress in preparation for next year than be conservative. It is far easier to make a fast engine reliable than it is to make a reliable car fast. Our philosophy has always been to push performance.
“It is not enjoyable being in a grand prix like today when you are just going around, you’re not really racing,” he added. “The determination is to get back. The frustration we have is that not all of it is in our hands.”
Motorsport adviser Helmut Marko said Red Bull were interested in doing a deal that would see Audi enter F1.
“If we don’t have a competitive engine in the near future, then either Audi is coming or we are out,” Marko told the BBC.
Red Bull are committed to race in F1 until 2020. They also have a contract with Renault until the end of the 2016 season.
Advertisement