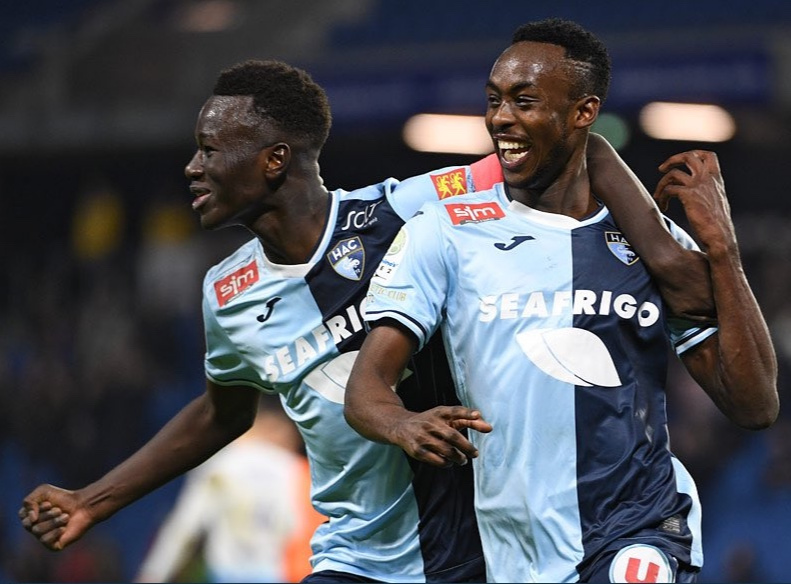 ZIMBABWE international striker Tinotenda Kadewere continued his remarkable run of scoring form after notching his 20th goal of what has been a memorable season in the French Ligue 2 as his solitary goal inspired his team Le Havre to a crucial 1-0 win over ten-man AJ Auxerre on Friday night.

The 24-year-old Warriors star scored the only goal of the match 10 minutes from full time to keep Le Havre’s hopes of securing promotion to the French Ligue One alive.

Kadewere’s goal came barely a week after he has marked his return from a six week injury with another goal and an assist to inspire Le Havre with a comfortable 3-0 win over Châteauroux.

The former Harare City players has now scored an incredible 20 goals from 28 appearances, four clear at the top of the goal scoring charts from Clermont Foot’s Austrian forward Adrian Grbić, who has scored 16 goals this season.

With promotion to Ligue 1 reserved for the top three teams at the end of the campaign, Kadewere, whose side is now six points adrift of third placed Ajaccio with 10 matches remaining insisted that his team still has a slim chance of earning promotion.

Kadewere is set to move to Ligue 1 side Lyon at the end of the campaign following his $16.6 million move on a four-and-a-half-year deal during the January transfer window period.

However the Zimbabwean has vowed to ensure he helps his team earns promotion to the topflight before his departure at the end of the season.

“We will do everything to go up,” Kadewere told Le Havre’s official website after his scoring return last week.

“It was a complicated moment. It was difficult to injure myself against Lens, a week after signing in Lyon. It was not good for me, the fans and the club. I read a lot of things that said I was injured and maybe didn’t want to play … It was not good because I was seriously injured. I did ultrasounds, X-rays … The situation was not good. After that, I worked well for three weeks to return. Today, I’m here! The 3-0 victory at Châteauroux was good for the whole group and for me, since I scored. From now on, the objective is to help the team to go up in Ligue 1,” he said.

Kadewere is set to play a key role for the Warriors in the 2021 African Cup of Nations (Afcon) qualifiers which resume later this month when Zimbabwe takes on reigning African champions Algeria in back-to-back clashes.