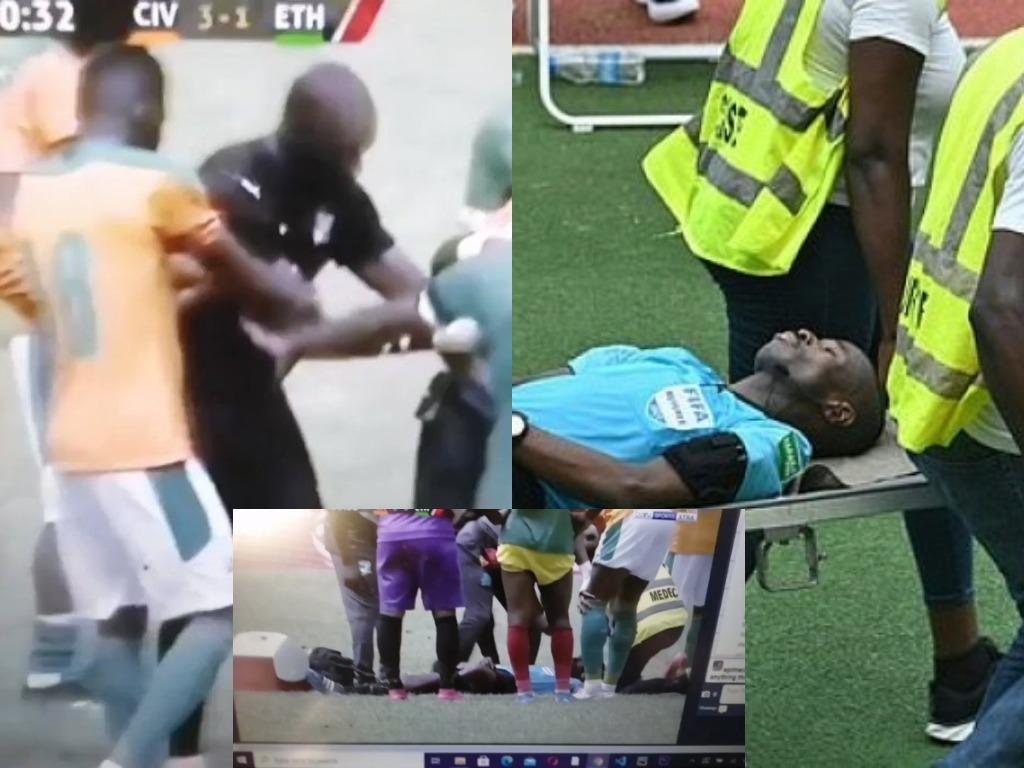 The referee in an African Cup of Nations qualifier collapsed and was stretchered off the field on Tuesday, resulting in the game between Ivory Coast and Ethiopia ending with around 10 minutes still to play.

Referee Charles Bulu of Ghana appeared to become disorientated in the 81st minute of the Group K game at Stade Olympique Alassane Ouattara in Abidjan.

With Bulu staggering, concerned Ivorian players held him up by his arms for a short while as others called for medics. Bulu was being helped toward the sideline when he suddenly slumped down and lay on his back with his eyes closed.

He was treated by medics and taken off on the stretcher, although he was conscious when he was carried off. Reports say he had fainted.

The game was called off with Ivory Coast leading 3-1 because the fourth official at the game was Ivorian and unable to take charge. After discussions on the field between officials that lasted about 10 minutes, Kenyan assistant referee Gilbert Cheruiyot took over as referee but ended the game without any more play.

It’s unclear if the result will stand. The Ethiopian Football Federation said in a statement that the game had been canceled pending a decision by the Confederation of African Football.

However, the result won’t matter as Ivory Coast and Ethiopia both qualified for the African Cup next year in Cameroon anyway. Ivory Coast had already qualified and Ethiopia went through when Madagascar drew 0-0 with Niger in the group’s other game on Tuesday.