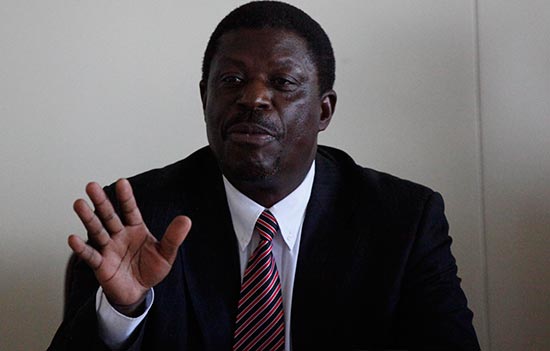 BUSINESSES in the region are bearing the brunt of the Zimbabwean government’s decision to restrict imports of products, ranging from toiletries to building materials, in a desperate attempt to inject capital into the country.
Retailers such as Botswana’s Choppies – the fastest growing retailer in Africa outside of South Africa – Pick n Pay and Spar took a knock following the decision to curtail imports by Zimbabwean authorities last week.
Choppies chief executive Ramachandran Ottapathu said the import ban had a negative impact on the business.
“It has restricted significantly the importation of goods from South Africa without adequate replacement locally. It is becoming increasingly difficult to fill up the shelves with import restrictions,” Ottapathu said.
Harare announced that it would control the import of coffee creamers, body lotions, and building material and furniture in a bid to force them to source locally.
South Africa is Zimbabwe’s biggest trading partner.
Spar’s chief financial officer Mark Godfrey said the Zimbabwean economy had been deteriorating.
“The Zimbabwean economy has been in crisis for months – and we have seen our exports to those Spar retailers decrease substantially, so this action will impact but not change the current position,” he said.
Pick n Pay’s executive for strategy and communications, David North, said the company was working hard to ensure that shelves were fully stocked. “We are dealing with the new permit system for imports and are working hard to make sure our stores remain fully stocked,” he said.
Isaac Masekwameng, the chairman for the National African Federated Chamber of Commerce and Industry in Limpopo, said the decision was a huge blow for Musina, where the majority of the Zimbabweans shopped.
“Our chamber believes in free trade, the whole issue (restriction of imports) is disgusting. It will affect business for both countries. We have historic links with Zimbabwe trade wise,” he said.
Masekwameng described Musina as a ghost town.
“Many people from Zimbabwe buy their products in Musina, but they are not coming to Musina only. They also visit Johannesburg, Durban and Cape Town. Now all the retailers from petrol stations, to clothing and food retailers are losing out,” he said.
Martyn Davies, the managing director for emerging markets and Africa at Deloitte, said the decision to restricts imports would not benefit Zimbabwe.Advertisement

“Zimbabwe cannot try to recover from a crisis by cutting the life blood of trade. Controlling imports is a misplaced survival tactic and it will not result in an economic resuscitation,” Davies said.