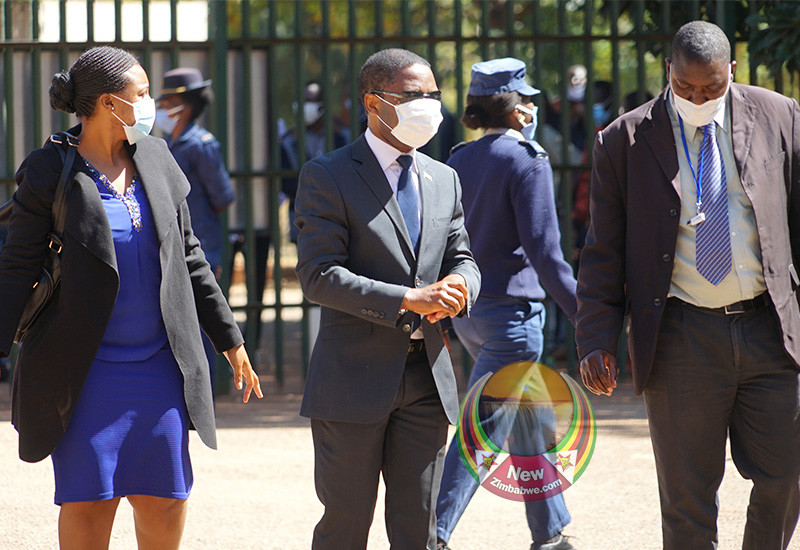 REGISTRAR General (RG) Clemence Masango has been exposed as a man with a violent character who threatened a subordinate, took his firearm, and investigators from the Zimbabwe Anti-Corruption Commission (ZACC) had to use force to arrest him.

These were some of the issues raised in court at the Harare Magistrates’ Court where the top civil servant was appearing to answer to charges of criminal abuse of office and flouting tender procedures.

Prosecutor Francesca Mukumbiri said Masango sent third parties to Peter Bwanya who is a chief accountant in the Civil Registry Department and using violent threats to harm him, the unidentified people accused Bwanya of leaking sensitive information of Masango’s corrupt acts to ZACC.

Mukumbiri also told the court that Masango confiscated a firearm from Bwanya and there are fears that the chief accountant’s life was in danger.

“Zimbabwe Anti-Corruption Commission officers had to use force to arrest him after he ordered his officers to block them from entering his office,” the prosecutor said.

She said on May 6 this year, Masango called a meeting in which he accused Bwanya of leaking sensitive information to ZACC.

“As if that was not enough, the accused also confiscated a firearm belonging to Bwanya and kept it,” said Mukumbiri.

“He gave us a hard time during his arrest and he ordered his officers to chase us away,” said Chacha.

Chacha said evidence against Masango is overwhelming and this may force him to abscond trial if granted bail. He said the State had only managed to recover two of the seven vehicles that Masango is in unlawful possession of.

According to the State, sometime in October 2018, Masango sought authority from the then permanent secretary in the Ministry of Home Affairs Melusi Matshiya to purchase vehicles for the Civil Registry Department.

On October 29 of the same year, Masango originated a letter addressed to Matshiya requesting authority to purchase two Toyota Landcruiser trucks to improve access to district registry offices and sub-offices as they were inaccessible due to the rugged terrain.

“The request was approved on November 5. However, before they were purchased, Matshiya cancelled the approval of the purchase of the two vehicles in a letter written in November 2018 addressed to Masango citing a shift in government policy regarding the purchase of vehicles,” court papers show.

Masango allegedly acknowledged the letter and instructed the accountant Ndamukanei Gota to take note and comply.

The court heard on January 18 last year, Masango unlawfully and corruptly originated a memorandum to Gota instructing him to facilitate purchase of Landcruisers and transfer US$78 505 towards the purchase of a Ford Ranger 3.2. TDCi 4×4 double cab Wild Track vehicles to CMED Pvt Ltd for purchase of five Isuzu Lite Single cabs without cabinet authority and approval from the ministry.

Masango is accused of giving the instructions without Cabinet authority and approval from Procurement Regulatory Authority of Zimbabwe.