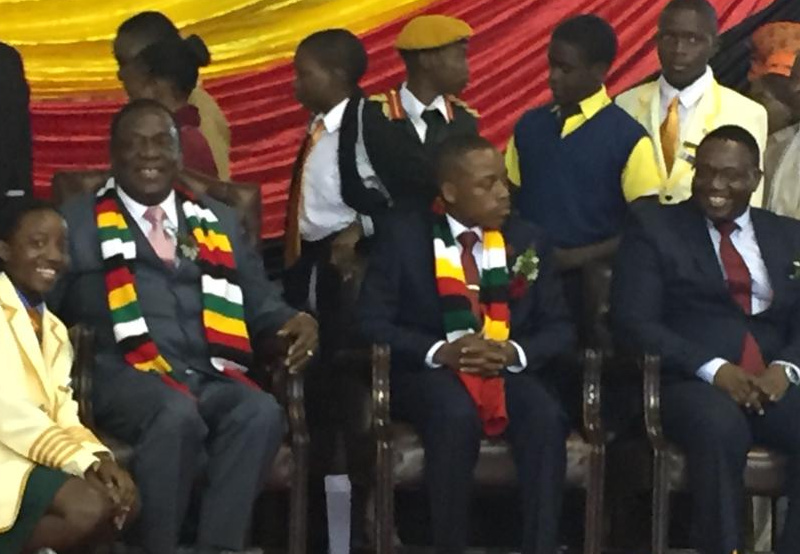 GOVERNMENT must always remember the rights and plight of children in its policy programming, President Emmerson Mnangagwa was told Saturday.

Mnangagwa was part of government officials and other dignitaries who attended celebrations to mark this year’s Day of the African Child in Harare.

“It is sad to note that sometimes as children, we have little or nothing to say on some of these issues that affect us. We saw this happening in Chimanimani.

“Even though government is trying to improve on the livelihoods of the children, at lot of issues still affect children in that area Mr President,” Madzivire said.

He added both girls and boys across the country continue to be affected by early marriages, deprivation that forces some onto the streets or child labour as well as sexual exploitation that leads them into contracting diseases. 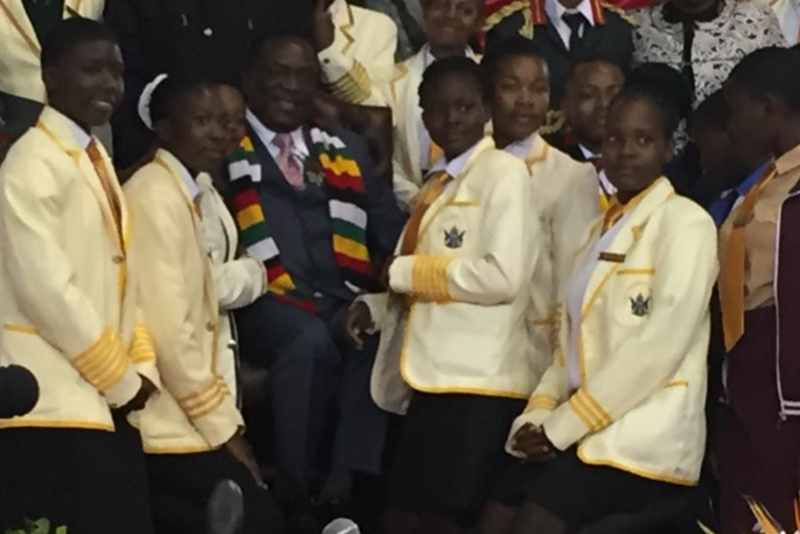 The President and some of the girls who attended the event

Madzivire cited the devastation that was caused by Cyclone Idai in Manicaland as a case in point where children were most affected and still needed government to move swiftly with assistance to alleviate their plight.

“Some 139 schools were destroyed in Chimanimani by Cyclone Idai and 90 447 students were affected.

“There is still a lot of work to be done in Chimanimani,” Madzivire told Mnangagwa.

Dozens of children and teachers were among hundreds of people who were washed away by the tropical cyclone in March.

The combined 27th Session of the Junior Parliament of Zimbabwe and the Day of the African Child Commemorations at the City Sports Centre in Harare were held under the theme Leave no Child behind for African Development.

In his speech Mnangagwa said youths are critical partners in national development adding his government will strive to implement policies that are relevant and responsive to young people’s aspirations.

One of the child MPs who spoke in sign language pleaded with President Mnangagwa and the Ministry of Education to work out modalities that will help facilitate the learning of English in particular for sign language speakers.

A Junior MP Benson Nyani, a form four student from Bindura, Mashonaland Central said he was born to a loving family but soon his father disappeared because the child had been born with a disability.

Nyani paid tribute to his grandmother who took him in after the rejection.

“I was told my father left me because of my condition. My mother remarried. I can bath myself but my challenge is that I do not have enough clothing and my wheelchair is no longer functioning properly,” said Nyani who is confined to a wheelchair.

“I sometimes fail to reach school on time as I have to rely on others to help me with the wheelchair which is almost broken.”

He added that his situation is not unique but affects a lot more children across the country. 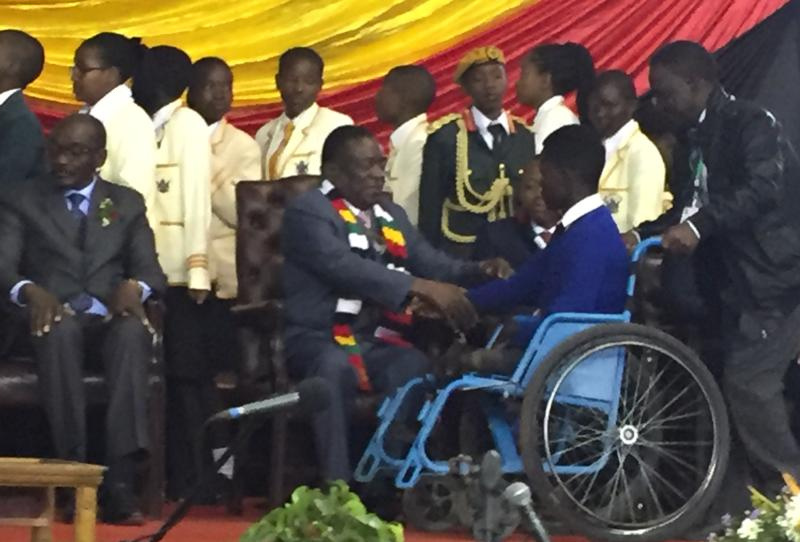