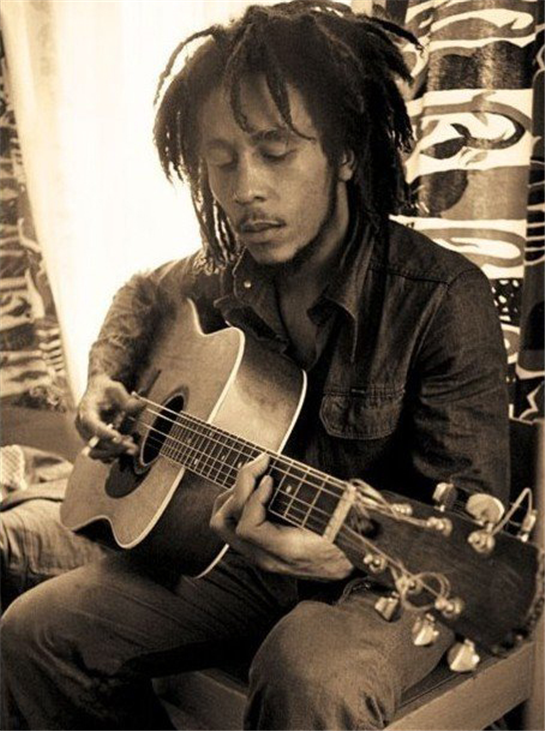 COULD it happen in this age of greed? A leading international musician pays his own way to travel thousands of miles to celebrate the independence of an African nation. He spends a night in a rundown hotel; smokes marijuana with farmers; survives teargas and writes a song that goes down in history. This was Bob Marley 35 years ago at the birth of Zimbabwe – an African story told by those who were there.
It all started with the impossible dream in Harare. Two Zimbabwean businessmen, nightclub owner Job Kadengu and Gordon Muchanyuka, wanted a big name to serenade the new Zimbabwe at midnight on April 17, 1980. Kadengu and Muchanyuka agreed Bob Marley was their man. The two flew to Kingston, Jamaica, to invite Marley, just weeks before independence day.
“Chris Blackwell, his manager at the time, was against this tour, but Marley, who had been following events in Zimbabwe, decided he would go,” says Fred Zindi, now a professor at the University of Zimbabwe, then, one of the Marley dreamers. “He hired a PA system in London and paid for his freight to Zimbabwe at his own expense.”
“During the years of Chimurenga, Bob Marley’s music had been adopted by the guerrilla forces of the Patriotic Front; indeed, there were stories of ZANLA troops playing Marley cassettes in the bush,” says Zindi. “Certainly, Marley’s music has potency and a commitment which goes far beyond simple entertainment. He now enjoys a special place in Third World culture; an artist who directly identifies with the black African struggle. Thus, he was the only outside artist asked to participate in Zimbabwe’s independence celebrations.”
“His songs were the food that people in liberation movements, particularly the armed wings, were swallowing,” says Shadrack Gutto, a Unisa professor and constitutional law expert in South Africa, who was to teach law in Zimbabwe for 12 years. “From that point of view… to be able to see that music was an important aspect of the liberation of this continent. Bob Marley, like Amilcar Cabral (the first president of Angola), articulated so well the importance of the role of culture and music in the liberation struggle.”
So, it was set for a strange arrival at Salisbury Airport (now Harare International) on a Wednesday afternoon, on April 16, 1980. A bemused contingent of police in stiff green uniforms and peaked caps struggled to control a swarming crowd who came to see the arrival of the Jamaican dreadlocked band. The airport had not seen so many people for years as sanctions kept the world away.Advertisement

“By the time the band arrived, a chartered Boeing 707 was on its way from London to Salisbury with 21 tons of equipment; a full 35,000-watt PA system plus backline equipment,” says Zindi. “It was one of the most extraordinary logistics operations. Mick Cater, from Alec Leslie Entertainment, flew down with the equipment and then set himself the problem of building a stage in time for the celebrations. By Wednesday, when the 12-strong road crew arrived in Zimbabwe, he had six hours in which to construct the stage and find sufficient power for the PA system.”

Marley and his crew spent the night, carousing with many former guerrilla fighters, at the run-down Skyline Hotel on the outskirts of Harare as foreign journalists had booked all the big hotels. The next day, Marley traveled to spend time with marijuana farmers in Mutoko where he sampled the herb. In the last hours of Rhodesia, on April 17, thousands flocked to Rufaro stadium in Mbare, the Harare township that was the crucible of the struggle.
There was a carnival atmosphere; people wore caps and t-shirts bearing the face of the new prime minister, Robert Mugabe.  At midnight, the green, gold and black flag of Zimbabwe, with the African fish eagle, replaced the Union Flag. A 32-year-old Prince Charles stood and saluted as the Union Flag came down for the last time in Africa.
People crushed into the stadium as Marley took to the stage. The police panicked and fired teargas into the crowd. Back-up singers Marcia Griffiths and Rita Marley, the wife of the lead singer, were the first band members to get a whiff of teargas and they ran backstage. When it cleared, they went back. “Bob was still in his element, he didn’t realize what was happening around him,” said Rita in a documentary years later. “So when we got back on stage, this is what Bob said to us: ‘Now I know who the true revolutionary is.’”
“It was a poignant moment; Bob Marley takes a celebratory stance at the front stage, calling out ‘Viva Zimbabwe!’ Each time eliciting a greater response from the audience,” says Zindi. “It is a moment pregnant with possibilities. Rastafari in our father’s land. A realization of the inherent unity in black culture, as emotional for the audience as it is for the band. Homecoming.”
“Bob Marley was at his height and that alone attracted a lot people’s attention to Zimbabwe,” says Gutto. “It was an historic moment of the liberation of Zimbabwe where the white arrogant people declared independence and so on. It was a moment when I and the other progressive intellectuals went to Zimbabwe. It was a special period. It captured the imagination of the world. You can’t hold Marley responsible for what Robert Mugabe did after that.”
One of the things that Mugabe did was to declare law lecturer Gutto persona non grata, on unspecified national security grounds, in 1988, and deported him. One of the many Zimbabweans turned away on independence night by police outside Rufaro stadium was 21-year-old Enos Nyirenda, an activist who had just returned from exile.
“When the war ended in Zimbabwe, in January, I went home in Harare with many other activists to witness our independence,” says Nyirenda, now a businessman in Kwekwe.
“My mother cried so much. It was after two years of my absence. My father was still in detention then, detained by the Ian Smith government, but he was released just a few days before independence day. I can’t describe the feeling, it was so emotional. We hugged. He had been detained for five years.”
Luckily, for thousands like Nyirenda, Marley agreed to play again at Rufaro the following day. Nyirenda went with his new girlfriend, Susan, who is now his wife and mother of his three children.
“Oh man, we had this international outfit for the first time in Zimbabwe, these guys with long dreadlocks. Some of these things were not familiar at that time. I have never attended a music show bigger than that one.
“Having been from the bush, I was not the real reggae person. But the people were so excited and screaming. It was a free show. We instead had love for the music. Everyone couldn’t believe we were actually free, I never felt like that in my life. We are still talking about that day,” says Nyirenda. So will Africa as long as people talk.
Bob Marley – Zimbabwe 17th April 1980