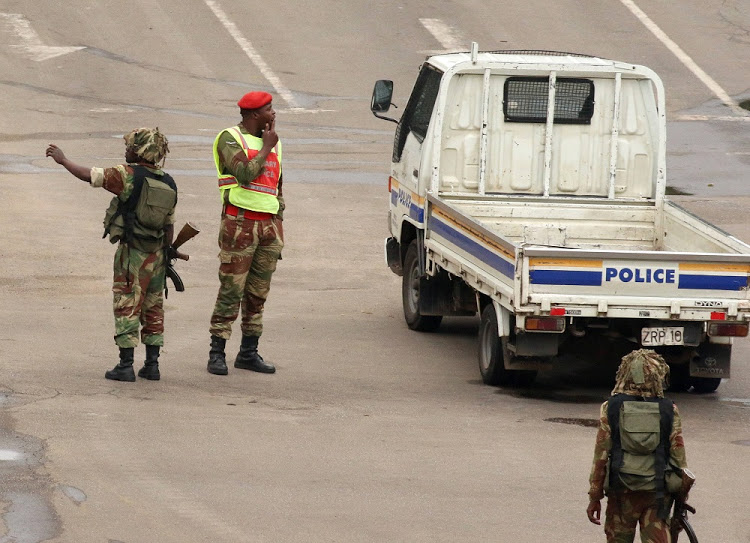 LEGAL and Parliamentary think-tank, Veritas has urged the government to desist from using the military to abuse country’s citizens under the guise of Covid-19 management.

Veritas said any use of the security forces to crack down on citizens is against the recommendations of the Kgalema Mothlanthe Commission, which was set up to probe the infamous August 1 2018 shootings which left six people dead in Harare after riots erupted as voters demanded the expeditious release of the presidential election result.

A commission chaired by Mothlanthe was established by President Emmerson Mnangagwa to investigate the shootings. Mothlanthe is a former president of South Africa.

Part of recommendations by his commission was that law enforcement should be left only to the police and the deployment of the military to assist the police should be a measure of last resort under extraordinary situations.

In a recent bulletin, Veritas accused the government of not implemented the commission’s recommendations as it has deployed soldiers across the country to enforce Covid-19 restrictions without informing Parliament.

Veritas insisted the police should have been deployed alone to enforce Covid-19 regulations.

“Soldiers man roadblocks together with the police to enforce lockdown restrictions on movement. Soldiers are also deployed to patrol high-density areas and clear city centres.  Their involvement in enforcing the lockdown has been institutionalised in regulations under the Public Health Act, which include members of the defence forces in the definition of ‘enforcement officer’, Veritas said.

It said armed soldiers recently arrested 12 MDC Alliance officials in Chinhoyi, on charges that they had gathered at the party offices in contravention of the lockdown regulations.

However, according to Veritas, this is a duty which should be carried out by the police.

“The delay (in implementing Mothlanthe’s recommendations) can’t be attributed to the Covid-19 pandemic because the legal reforms that are needed to democratise Zimbabwe and to implement the commission’s recommendations can be developed, drafted and passed by Parliament even if the country is in lockdown,” it added.

“The pandemic has, however, been used as a pretext for ignoring the commission’s recommendation that soldiers should be called on to assist the police only as a last resort.  As we have noted, soldiers have been manning roadblocks and helping to clear city centres during lockdowns.”

The military has also been accused of brutalising citizens in high-density suburbs as they enforce the lockdown restrictions.