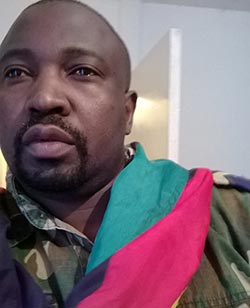 I HOPE Elton Mangoma will accept my apologies and find strength in the kind words of solidarity from one comrade to another. I hope (Hon) Biti and others will wake up, redefine their mission and duty to this struggle, the context in which they shall continue to pursue the same and do the thinkable.
I have no doubt that Tsvangirai will do the usual thing and fight for his personal interests protected by the position he holds regardless of the needs, unity and future of that party. I hope Tsvangirai will remain at the helm of an ever-dwindling party that is immune to criticism, new leadership, fresh ideas and democratic practices.
I hope that any such a party never assumes any position of power, never governs and eventually just disappears into history to save our nation the meaningless hardship and facade of replacing one dictatorship with an equally brutal autocratic mind-set in new outfits. I hope to revisit the “small print” of this struggle before accusing Tsvangirai and his colleagues of many falsehoods. Is this not a struggle for democracy, understandably the safeguarding of the voices of the weak against those powerful, influential, privileged and protected ones bellowing from megaphones?
Is democracy not about translating, modulating and giving effect to choice? I believe democracy rejoices and revels in voices being audible and not choices being muted, no matter how small, isolated, poorly presented or inconvenient. Is democracy not about respecting human dignity, human rights and the liberty of each one of us?
What happened to Mangoma is a lesson in hand which must push everyone to reconsider alliances and platforms from which this struggle must continue to be shaped and pursued. Mangoma was stripped of his dignity and exposed to thuggery, beaten and dragged across the street. Those in the MDC T structures cannot speak freely without being subjected to physical punishment by way of flogging.
I could say it is as dangerous for one to speak freely about Tsvangirai around Harvest House vicinities as it is to publicly criticize President Robert Mugabe with all those jobless teens (Harvest House) and C.I.O swimming around eavesdropping on private conversations. And judging by Mangoma’s position in the party (if he has not yet resigned) I wonder what safeguards remain for the ordinary common man in the days of MDC T government. I can foresee whole “nights of long knives”.Advertisement