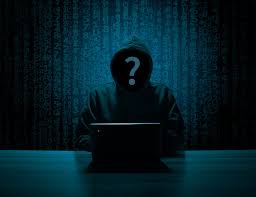 GIRLS from 21 world countries have shared saddening tales of abuse they experience at the hands of men on various social media platforms.

This is contained in a report just released by Plan International.

The Girls Get Equal Report gives detail to a research involving 14 000 girls from all the world’s five continents.

It documents what they go through each time they log onto the internet and these includes sexist comments and at times threats to have their pictures shared if they fail to send nudes of themselves.

The research focused on the 15 to 21 age group, regarded as very active on social media.

“I am set up so that only my friends can see my pictures but I got a message from an unknown person saying that if I do not give them my ass, they are going to upload pictures of me.

“This person, who until now I do not know, sent me pictures of me that nobody else had of places I was…I told my parents and brother.

“I am afraid, the fear is in me every time I go to post something. I think all girls have that fear,” said one 17-year-old internet used from Ecuador.

Of the 14 000, 76 percent thought their tormentors were men who send sexual or explicit messages including propositions of transactional sex, sexual photos and sometimes demonstrated knowledge of the girl in their blackmail attempts.

“It is like men have this mentality where they can just play around with you, that kind of thing, they start sending you explicit photos of themselves…having a guy just send me a naked photo of himself is really freaky.

“They just go into your inbox: ‘Hey babe,’ and then I open the message and I freak out, ‘What the hell is happening?’

“They are sending you things without your consent, which is just disrespectful,” said a 23-year-old from Malawi.

“I used to get a lot of messages from boys asking me to send nudes or blackmailing me about a picture that I posted that they are going to share it or edit it in a bad way and share it with everyone if I do not do this or that.

“At that young age it was honestly horrible, so it was the worst time in my life using social media between the age of nine and 14,” said a 20-year-old from Sudan.

Another girl from Sudan is reported to have skipped school for three days after an incident involving online harassment.

Adds the report: “The research demonstrates that harassment online occurs just “because I am a girl.” Young girls are targeted more because they are perceived as more vulnerable and they are often less confident and less knowledgeable.

“Girls and young women are demanding action from social media companies, governments, civil society organisations and other social media users, they need to be listed to.

“These spaces need to be safe and accessible for everybody but it is evident from this research that they are not, online harassers, unrestrained by governments or technology companies are driving away the most vulnerable, limiting girls’ rights and in many cases terrifying them.”