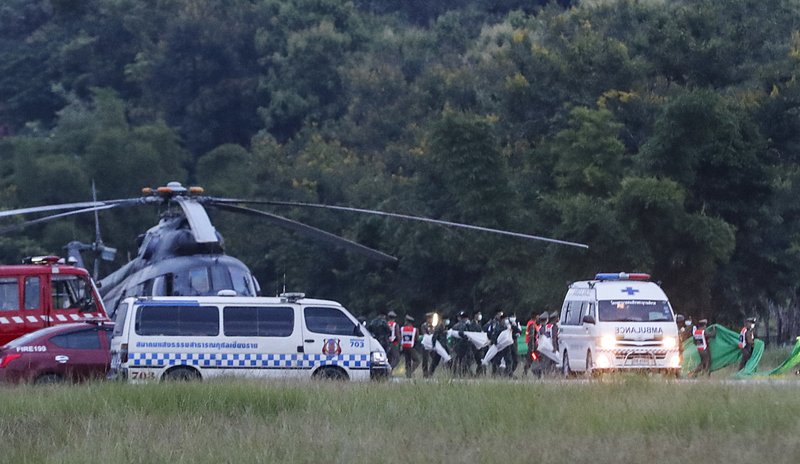 MOSCOW: The youth soccer team rescued from a cave in Thailand will be unable to accept FIFA’s invitation to attend the World Cup final.

The last four of the boys and the team’s 25-year-old coach were rescued Tuesday from a flooded cave in northern Thailand, ending an ordeal that lasted more than two weeks.

“We have been informed by the Football Association of Thailand that due to medical reasons, the boys will not be in a position to travel to Moscow for the FIFA World Cup final,” the sport’s governing body said Tuesday after the rescue operation was completed.

Eight more boys had been rescued in the previous two days after becoming trapped by rising water levels.

“FIFA’s priority remains the health of everyone involved in the operation,” the governing body said.

FIFA leaders will meet with Thai soccer officials in Moscow on the sidelines of the World Cup final on Sunday.

“We will look into finding a new opportunity to invite the boys to a FIFA event to share with them a moment of communion and celebration,” FIFA said in a statement.

FIFA expressed “profound gratitude to all persons involved in the rescue operation,” and condolences for the family of the Thai Navy SEAL diver who died.

England defender Kyle Walker also sent a message on Twitter after the “amazing news” of the rescue.

“I’d like to send out shirts to them! Is there anyone who can help with an address?” Walker wrote.

Manchester United extended an invitation to the team to visit in the months ahead.

“We would love to welcome the team from Wild Boars Football Club and their rescuers to Old Trafford this coming season,” the club said on its official Twitter account.

In 2010, Man United hosted a group of miners from Chile who spent almost 10 weeks underground before being rescued.