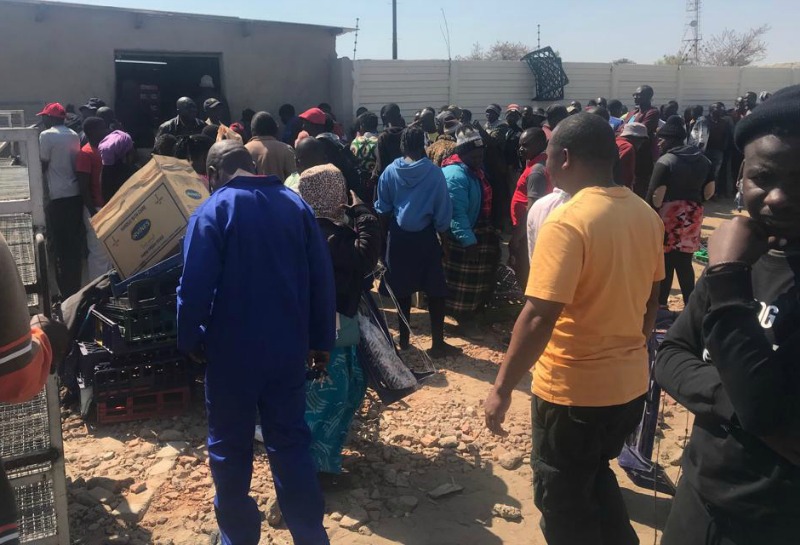 There was chaos in Chitungwiza on Tuesday at the one and only bakery, NatBake which is supplying bread in the town as residents are sleeping in queues for the scarce commodity.

Since last week, the only black owned bakery which is the fourth biggest after Lobels, Bakers Inn and Proton has been solely supplying bread in the dormitory town of Chitungwiza, serving over half a million people.

The bakery staff on Tuesday was forced to temporarily close the factory shop where they are selling the commodity directly to the people after bread hungry residents had become uncontrollable.

When NewZimbabwe.com visited the confectionary firm, scores where threatening to loot the commodity saying that was the only spot they could find the staple.

“We have resorted to sleeping here because that is only way we are getting bread at a wholesale price ($3.75),”said a middle aged man who runs a tuck-shop in the town’s Unit K suburb.

“This bakery has been supplying us with bread since it opened last year and we are very much grateful about its existence and it is our wish that it continues to get flour so that it won’t stop bread production,” another resident said.

“I came here at around 3 in the morning and queues for bread; and as usual I hope that they will serve us because that is the only place we get bread,” said an elderly woman.

Workers at the bakery refused to comment when our reporter asked them how they were coping.

Bread has become a scarce commodity owing to the erratic supply of flour from millers, who blame wheat shortages.