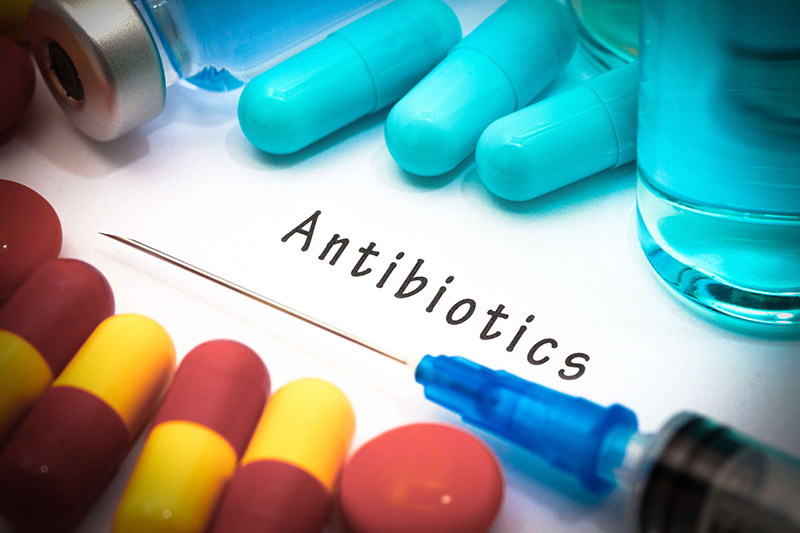 When Winnie Chepkoech was a student at the university, she contracted a urinary tract infection (UTI). Instead of going to see a doctor, she went to the local pharmacy and bought some antibiotics to treat the condition. The symptoms would disappear but recur after several weeks. What followed were two frustrating years of trying to cure the UTI.

The 28-year-old mother of two says she has struggled with the infection for several years because any medication given to her does not seem to work.

“The mention of antibiotics sends a chill down my back because I know what I have been through all these years. As I speak, I fear the UTI may recur and I have to start trying to treat it again,” she says.

Ms. Chepkoech is one of the many people in Africa – where antibiotics are readily available over-the-counter – whose unprescribed use, misuse or overuse of drugs, especially antibiotics, have led to them developing resistance to these drugs.

Antimicrobials – including antibiotics, antivirals, anti-fungals and anti-parasitics – are medicines used to prevent and treat infections in humans, animals and plants.

Antimicrobial resistance (AMR) occurs when bacteria, viruses, fungi, and parasites change over time and no longer respond to medicines hence making infections harder to treat. This increases the risk of disease spread, severe illness, and even death.

The World Health Organization (WHO) has declared that AMR is one of the top 10 global public health threats facing humanity.

Misuse and overuse of antimicrobials are the main drivers in the development of drug-resistant pathogens.

Moreover, the intensification of agricultural production has led to rising use of antimicrobials – a use that is expected to more than double by 2030.

AMR can develop in plants and animals too through the use or overuse of antibiotics and other agrochemicals; and can be transferred to human beings when they consume the farm products. According to the Food and Agriculture Organization FAO), an estimated 700, 000 people die each year from antimicrobial-resistant infections and an untold number of sick animals may not be responding to treatment. It is a significant global threat to public health, food safety, and security, as well as to livelihoods, animal production, and economic and agricultural development.

WHO says antimicrobial resistance is a global concern. This is because the emergence and spread of drug-resistant pathogens that have acquired new resistance mechanisms threaten the ability to treat common infections. Especially alarming is the rapid global spread of “superbugs” that cause infections that are not treatable with existing antimicrobial medicines such as antibiotics.

In March 2017, the UN Secretary-General convened the UN Ad hoc Interagency Coordinating Group on Antimicrobial Resistance, to provide practical guidance for approaches needed to ensure sustained effective global action to address antimicrobial resistance. The group’s 2019 report showed that drug-resistant diseases could cause 10 million deaths each year by 2050 and damage to the economy as catastrophic as the 2008-2009 global financial crisis. By 2030, antimicrobial resistance could force up to 24 million people into extreme poverty.

According to Dr. Stella Kiambi, an epidemiologist at FAO, one of the major problems in agricultural production is that some farmers are not aware of the effects of the drugs they are using on their animals.

“In one study we carried out in Nyeri County in Kenya, the agrovet (an agricultural and veterinary products store) attendant said that when a farmer comes and says that the egg production in their chicken has gone down, the attendant will look at labels of drugs available and if it says it boosts egg production, that is what they will dispense,” she said.

Dr. Kiambi said they are working with the relevant authorities to ensure that the issue of labeling of drugs is addressed to avoid misuse of these drugs.

“Another issue is that the levels of bio-security and hygiene are very low among some community members, including the farmers. The solution would be strengthening

agricultural extension services to help educate farmers on best practices so as to understand some basic precautions while using these chemicals,” Dr. Kiambi said.

However, the trend is the same in other countries in East Africa, and within the region, that are also struggling with antimicrobial resistance.

Dr. Deus Kitapondya, a community emergency medicine physician based in Dar-es-Salaam says antimicrobial resistance is also a problem in Tanzania, even though there are no specific data on its impact in the country.

“The problem is that the importation, sale, and dispensation of some of these drugs is not well regulated. Anyone can walk into a drug shop and purchase them without proper prescription from a qualified medical practitioner,” says Dr. Kitapondya.

To achieve a safe use of medication, the dosage has to be right to ensure effectiveness against the condition to be treated.

Dr. Kitapondya also pointed out that one way of dealing with the problem is by setting up sufficient and efficient laboratories that can be used to test medicines used to fight bacteria [testing helps detect the sensitivity of the drug to bacteria].

He also says it is important to educate people on the dangers of using antibiotics without proper prescription from a qualified medical practitioner.

Every year between the 18th and 25th of November, the world commemorates the World Antimicrobial Awareness Week (WAAW). In 2021, the event was marked under the theme; “Spread Awareness, Stop Resistance”, which called on health stakeholders, policymakers, health care providers, and the general public to be Antimicrobial Resistance (AMR) Awareness champions. For more information on COVID-19, visit www.un.org/coronavirus