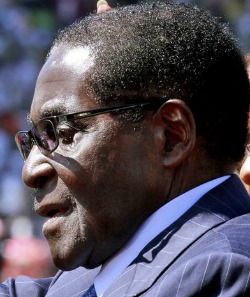 THERE is no doubt that if Zimbabwe succeeds in pushing indigenisation to its logical conclusion, it will have a huge impact on how Africa in general does business with its natural resources in the future. Africa can even rewrite the principles of a world economy that has grown fat on cheap resources sourced from Africa and elsewhere in the developing world.
This makes the former south African president, Thabo Mbeki’s recent admonition to Africa not to let Zimbabwe fail in the implementation of its indigenisation programme all the more important. Because of the critical place Zimbabwe’s example has for the future of Africa, it is crucial that we quote liberally here from a Mbeki speech given on August 23 2013.
He said: “I think we should ask ourselves the question: Why is Zimbabwe such a major issue for some people? Zimbabwe is a small country by any standard; there is no particular reason why Zimbabwe should be a matter to which The New York Times, the London Guardian and whoever else . . . why are they paying so much attention to Zimbabwe?”
Mbeki answered the question himself by telling a story: “Towards the end of last year (2012),” he said, “they asked me to speak at a conference on Zimbabwe diamonds. So I went, and what surprised me about the conference held at Victoria Falls was that everybody and anybody who has anything to do with diamonds in the world was there. From America, from Israel, from India, from Brussels, everybody. It was not about diamonds in the world, it was about Zimbabwe diamonds. So I was puzzled, saying, but why have they all come?
“Maybe two hours before we left the conference to come back, we sat in a session which was addressed by one of the Indian diamond people. In the course of his presentation, he explained why. He gave an answer to this query in my head. He said in a few years’ time, Zimbabwe would account for 25 percent of world production of diamonds. So I said, ‘I now understand. I understand why everybody is here.”
Mbeki also understands well the resistance from the metropolitan powers when a country like Zimbabwe tries other ways to own its resources. According to him, “powerful players” say openly that the Zimbabweans “have set a bad example (with land reform) which we don’t want anybody else in Africa and the rest of the world to follow. So they must pay a price for setting a bad example.”Advertisement