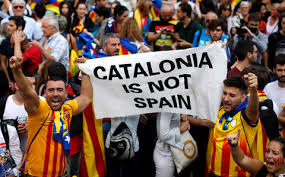 JOHANNESBURG: Investment and trade analysts have criticised the Zimbabwean government’s decision to impose restrictions on imports into the country as a backward step for free trade in southern Africa.
Sinethemba Zonke, a consultant at Africa Practice, said yesterday that the move was a setback for regional economic integration.
Zonke said Africa was already struggling with barriers against the global trend of reducing or removing restrictions on the movement of goods and people.
He said the ban on items, such as bottled water, milk and canned foods, instead of raising tariffs was an indication of desperation by the authorities.
“These are products that are locally available but Zimbabweans may prefer the quality and competitive prices available outside the country.”
Zonke said the Zimbabwean situation also served as a lesson of the challenges diverse African economies would have in integrating. “An advanced economy like South Africa can simply overwhelm smaller economies and possibly kill local industries by providing local consumers cheaper and better quality products,” Zonke said. “South Africa already knows how this feels in our challenges in the textile industry as a result of cheap imports from China.”
The import restrictions have brought into focus the economic relations between South Africa and Zimbabwe.
NKC African Economics economist Cephas Forichi said Zimbabwe was experiencing a liquidity crunch because of current account pressures, with annual imports of about $6 billion (R88bn), compared with exports of about $2.4bn.
“They are literally running out of money, so they want to physically stop people from importing goods from South Africa,” Forichi said.
He said the authorities wanted to ease the cash shortage by reducing demand for foreign currency to boost domestic production and employment. “But that will not necessarily happen in the short term given electricity shortages, capacity constraints, lack of liquidity and credit to support operations.”
Forichi said while the restrictions were damaging, the move was not “a very big issue” for South Africa as the 38 percent of Zimbabwe’s imports from South Africa in 2015 only represented 2.6 percent of South Africa’s exports.
He said the restrictions were likely to affect tourism in South Africa.Advertisement