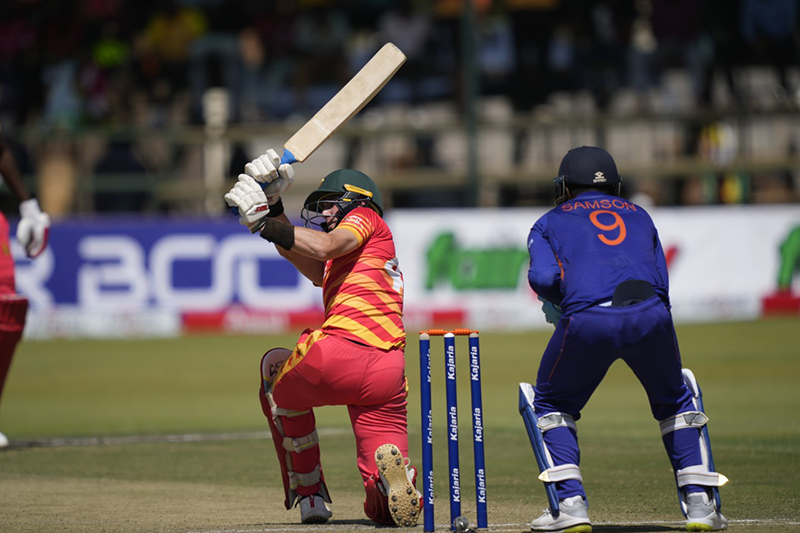 RESURGENT Zimbabwe failed to build on their recent stunning series win over Bangladesh after losing to India by 10 wickets in the opening One Day International (ODI) at Harare Sports Club on Thursday.

Much was expected of skipper Regis Chakabva and his team after they shocked strong favourites Bangladesh in both the T20I and ODI series early this month.

But after being sent in to bat first against India, the hosts were bowled out for a paltry 189 runs in 40.3 overs.

India easily chased down the target in 30.5 overs without losing a wicket as openers Shikar Dhawan (81) and Shubman Gill (82) guided their team home with an unbeaten 192-run opening stand.

Earlier, Zimbabwe were unable to build any momentum with the bat as they struggled against India’s seam bowlers both Deepak Chahar and Mohammad Siraj.

Chahar, who was returning from a long injury layoff produced a fine performance as he finished with impressive figures of three for 27 which earned him the man of the match award.

The duo of Prasidh Krishna and spinner Axa Patel also took three wickets each for India but it was Chahar who laid the platform after claiming the wickets of Innocent Kaia (4), Tadiwanashe Marumani (8) and Wessly Madhevere (5) as Zimbabwe slumped to 66 for five inside 16 overs.

Some fight from the tail helped the home team to 189 all out, with Brad Evans (33 not out) and Richard Ngarava (34) putting on 70 runs for the ninth wicket, a record for Zimbabwe against India.

In reply, there was no joy for the Zimbabwe bowlers as Dhawan and Gill both cracked half-centuries to ensure India easily chased down its target with ease.

The 36-year-old left-hander faced 113 balls and smashed nine fours, running well between the wickets and rotating the strike brilliantly.

“Obviously Shikhar and Gill at the crease, we are talking of world-class batters here,” said Zimbabwe bowler Richard Ngarava.

“You have to be spot on, and they really batted well today. You need to be on top of your game to get them out.”

Zimbabwe had recently qualified for this year’s Twenty20 World Cup and won T20 and ODI series against Bangladesh but its revival was halted by India.

The second game of the three-match ODI series is on Saturday.