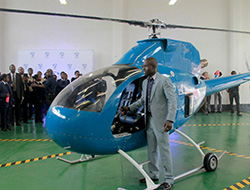 Durability, wear & tear, maintenance: although it is claimed that the solar roadway panels can withstand heavy vehicles of up to 100 tonnes, their durability and service life under heavy traffic on a daily basis has not been tested yet. Having said this, a pilot project for a solar bike path was carried out in the town of Krommenie, just outside Amsterdam, Netherlands. This pilot project has successfully completed its first 6 months trial with flying colours and has actually performed better than expected. (See link: http://mic.com/articles/117948/6-months-later-here-s-what-s-happened-to-the-netherland-s-solar-bike-paths). These solar bike pathways were constructed of cheap, mass-produced solar panels that were protected with multiple layers of glass, silicon rubber and concrete before being covered with a coating that prevents slippage on the smooth upper surface. For a solar roadway for automobiles the design would have to allow for the easy replacement of damaged tiles, compared to resurfacing required by tarmac roads. As with all technologies, it will come down to a simple cost comparative. How much it costs to replace a square meter of solar tiles compared to resurfacing a square meter of tarmac, and other accrued benefits. The alternative to replaceable solar panel tiles for the solar roadway may be to mass manufacture modules of concrete with tempered glass, and replace modules when these are damaged or worn out as is the case with solar bike paths in the Netherlands.
Dirt: – may reduce the effectiveness of the solar roadways, as dirt deposited on the surface of the solar panels would reduce their efficiency. This problem did not seem to be a factor with the pilot project for the bike path in the Netherlands. However, if needs be, the solar roadway will have to be cleaned regularly, probably by specially modified trucks, which may add to the maintenance costs.
Low Efficiency: – one of the major drawbacks to using solar technology is the associated low efficiency. For example, the power output of a simple solar panel (e.g. Sunpower E18/230) is about 185W/m2, with a peak at standard testing condition (STC) 1000 W/m2. The standard test condition is based on the assumption that the sun is shining perpendicular to solar panel surface. Now typically, solar cells experience losses through micro-inverters, cables, (perfect) glass, and also flat angle losses as the sun changes position during daylight hours, but even with all these losses (which amount to about 50%) you can still get a decent 90W/m2. The pilot project for the bike path way in the Netherlands managed to achieve an average of 70W/m2, which was better than expected. With the advent of new materials (e.g. graphene) which may be used to improve the efficiency of solar panels, it may be only a matter of time until we see notable advances in the efficiency of solar panels.
Cost: – Every business case comes down to cost. How soon will the investor get their invested dollar back, and what will be their return on investment? Solar roadways are currently estimated to be anywhere between 50% and 300% more expensive to construct compared to the conventional asphalt roadways. If the solar panels (or modules) specifically designed for roadways are mass produced, then economies of scale would kick in, and as the technology improves, more cost effective ways will inevitably be found to reduce the manufacturing and installation costs of these solar roadways. Whereas 70% of the roads in the USA are covered in snow during the winter, making solar roadways less efficient in colder climates, Zimbabwe’s sunny climate would provide a strong argument for such an initiative. Take Harare or Bulawayo for example, there is an average of 2871 hours of sunlight per year (of a possible 4383), with an average of 7 hours and 51 minutes per day or 7.85 hours, more than enough sunlight to justify such an investment. So a few quick calcs could give us some idea of what to expect; take the average output per day which was achieved in the Netherlands pilot project for the bike pathway, 70 W/m2 x 7.85 hrs of sun per day = 549.5 Wh/ m2 per day. A typical double lane road (i.e. two lanes in opposing directions) will have an average width of 8m. So a 1 km stretch of this road will have an area of 1000m x 8m = 8000m2 and will provide a power output of 550 Wh/m2 per day x 8000m2 = 4,400,000 Wh per day, or 4.4 MWh per day. So a 10km solar roadway could provide 44 MWh per day, and a dual carriageway (double lanes in both directions) would be able to provide 88 MWh per day. The longer and wider the road the more power is generated. Bulawayo has over 2,000km of roads that are in urgent need of resurfacing. I’ll let the reader do the math and see how much electricity can be generated, and if you multiply the KWh by about US9.83c per kWh electricity tariff in Zimbabwe, this will give you some idea of how much revenue could be generated through electricity sales. So is there a business case for such an investment in solar roadways?

Lithium-Ion Batteries
The solar roadways will need solar batteries, lots of solar batteries, and Lithium-Ion batteries seem to be the best available technology at the moment. In one of my previous articles I proposed a Lithium-Ion (Li-ion) battery manufacturing plant being constructed on location at the Bikita Lithium mine. Unfortunately, the Lithium mined at Bikita is the Petalite type which is used in the production of glass and ceramics. Spodumene is the lithium used to make batteries, and as there are other lithium deposits in Zimbabwe, the exploration of these other known deposits should be prioritized to see if Spodumene can be found in sufficient quantities, and of sufficient quality, to allow a Lithium Carbonate plant and subsequent Li-ion battery plant to be built. It’s also worth noting that the cost of electric cars is heavily influenced by the cost of Li-Ion battery.
Self-Driving and Networked Cars
Another idea touted for these solar roadways was to incorporate a system of wireless charging of electric cars, the same way that some electric shavers are charged. I thought to myself, well why stop there with the solar roadway only having the ability to charge electric cars. Google are in the final stages of testing their “Self-Driving Car” technology for electric cars. The technology revolves around LiDAR (fancy name for remote sensing technology or range finder) and a laser beam. The laser allows the vehicle to generate a detailed 3D map of its environment. The car then takes these generated maps and combines them with high-resolution maps of the world, producing different types of data models that allow it to drive itself. The current system works with a very high definition inch-precision map of the area the vehicle is expected to use, including how high the traffic lights are; in addition to on-board systems, some computation is performed on remote computer farms.
Google has invested unknown billions into this new technology. Their main focus has been to adapt the car to suit the road and surrounding environment, which inevitably involves some heavy computing algorithms. Taking nothing away from what they’ve achieved, I would have expected some out of the box thinking from Google engineers. My question is why not adapt the road to the car, so that the road and the car can interact and achieve the “Self-Driving” objective through mutual interaction? By employing a solar roadway, which not only charges but also drives the electric cars, you can achieve this.
Again, this is just an idea. Better still, networking of cars could also be integrated. Networking of cars is slowly becoming a reality, for the last two years, automakers and the U.S. Department of Transportation have been investigating the idea of cars talking to one another, putting thousands of Wi-Fi connected smart vehicles on a track in at the University of Michigan to see if they could cooperate with another and avoid accidents. It would be interesting to see if SAITH Technologies could further develop their electric car prototype into a self-driving networked electric car which also interacts with a solar roadway.
Connecting the dots – an integrated road network transport system:
Admittedly, most of what I’ve written above seems quite disjointed, but if you are able to connect the dots you will see that I’m proposing an integrated solar road network with a closed loop traffic system, with self-driving networked electric cars (including the Li-Ion batteries) completely manufactured and assembled here in Zimbabwe. SAITH Technologies already have a head start and have proven beyond a doubt that such ideas need not be confined to the fringes of fanciful daydreaming.
If such a system were implemented in Zimbabwe, it would be a first globally and we would have the First Mover Advantage with an endless list of benefits from such a system. It would require careful planning, design, testing, implementation, construction and financing. Small pilot projects could be conducted, and if successful could be gradually expanded countrywide and eventually globally.
Dreams are today’s answers to tomorrow’s questions. There are those who look at things the way they are, and ask why … whereas I am one of those who dreams of things that never were or look impossible, and ask why not?
Whilst Zimbabwe currently has more pressing issues that need our urgent attention, such as jobs, basic provision of clean drinking water, electricity and food security in the rural areas, these issues should not let us lose sight of the future. I have already provided possible solutions to these pressing issues in my previous articles, and the objective of this particular article is to rethink infrastructure development in the near or distant future.
Written by Clive Samvura who can be contacted at the following e-mail address: cliveks1@yahoo.co.uk