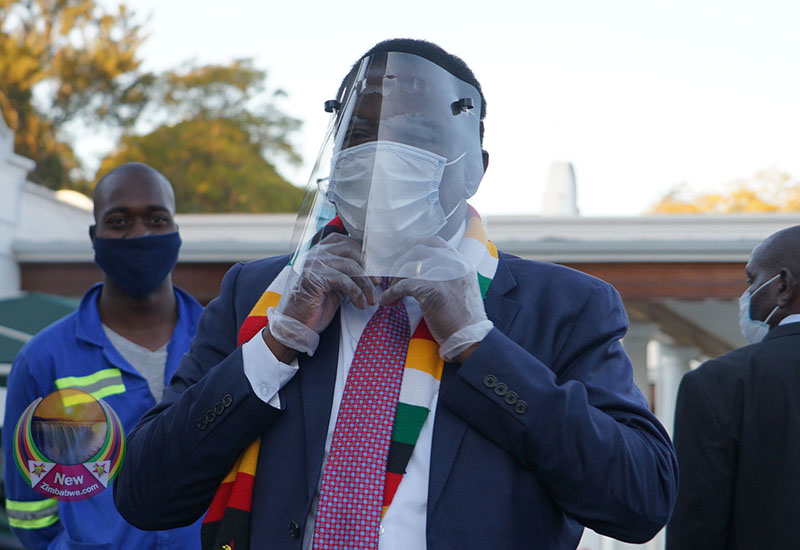 PRESIDENT Emmerson Mnangagwa has pleaded with striking public health workers to immediately return to work and help in the fight against Covid-19 or the people will perish.

He made the plea while addressing mourners at the burial of Agriculture Minister Perrance Shiri at the National Heroes Shrine in Harare Friday.

The former Air Force of Zimbabwe Air Marshall died of Covid-19 aged 65 Wednesday morning while being taken to a Chinese medical treatment centre in Harare.

Mnangagwa said the government acknowledged the grievances raised by the health workers but cautioned if the nurses and doctors continued with their industrial action, Zimbabweans would perish from Covid-19.

Health workers are on strike demanding better salaries and working conditions. Senior doctors also announced they had downed tools with immediate effect Thursday after the government rejected their demands for salaries to be pegged in US dollars.

“We must stop the scourge of Covid-19 which is a global pandemic. It spares no one, great or small. All the nations of the world are suffering from its impact with figures of infections and deaths rising each day,” Mnangagwa told mourners.

“Through unity and through discipline, we stand a chance to save our nation from the impact of this menace. I call on our medical staff to act in the national interest, of national development and exhibit a sense of responsibility.

“My government hears your concerns but the time to serve is now. Your grievances which we acknowledge and continue to address cannot be enjoyed at the expense of the loss of lives. When the pandemic spreads and death toll rises, there are no winners, none at all. Tinopera tese kufa (We all die),” said Mnangagwa.

He went on to urge Zimbabweans to stay at home in the face of increases in Covid-19 confirmed cases and deaths.

Shiri’s death has been received with mixed feelings with many Zimbabweans unhappy that he died without appearing before the courts to answer to charges of murdering over 20 000 people in the Matabeleland and Midlands regions during the Gukurahundi massacres in the early 1980s.

He was in charge of the Korean-trained Fifth Brigade Army that executed the mass killings, rape and torture then.