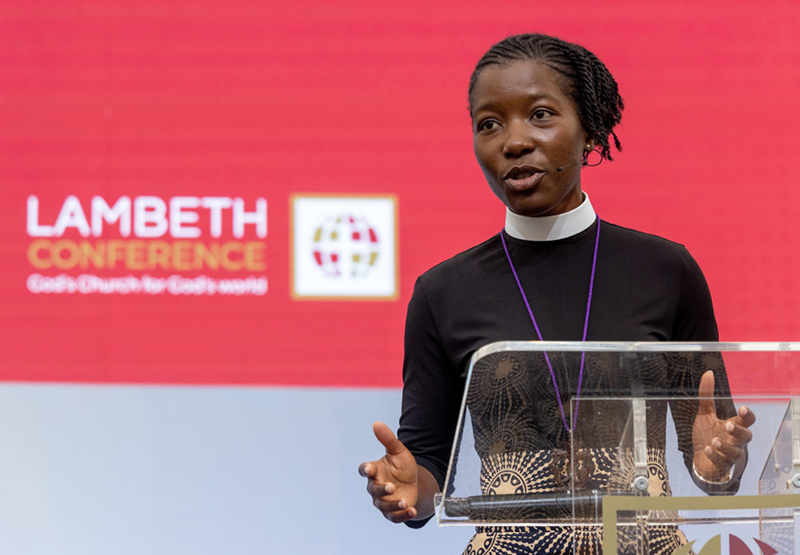 Despite the growing number of women bishops across the Anglican Communion – 123 have been consecrated worldwide since 1998 – the Lambeth Conference is still very much a male affair. Women priests are also thin on the ground in some places, even prohibited in others.

In the face of these odds against, it was good to see a woman priest from Africa assuming an extremely visible and prominent role at the Conference last week.

The Rev Cathrine Ngangira has been on the Lambeth design committee since 2020. Consequently, she became a high-profile regular at many of the briefings during the eleven days of the conference, where her quiet and charismatic confidence quickly earned her admiration and respect.

“There goes the next Archbishop of Canterbury,” said one older male bishop, as she walked by him. Some were just as effusive, proudly proclaiming her a rising star of the church.

So, what was it about this young priest, aged 30, originally from Zimbabwe, that captivated those who saw her speak and preach during seven extraordinary days in Canterbury?

From her first outing on day one of the conference, sitting alongside Archbishop Justin Welby at the press briefing, attendees were struck by her calm composure, coupled with a quiet and prayerful voice: a sharp contrast to those who felt compelled to speak out a little more loudly last week. 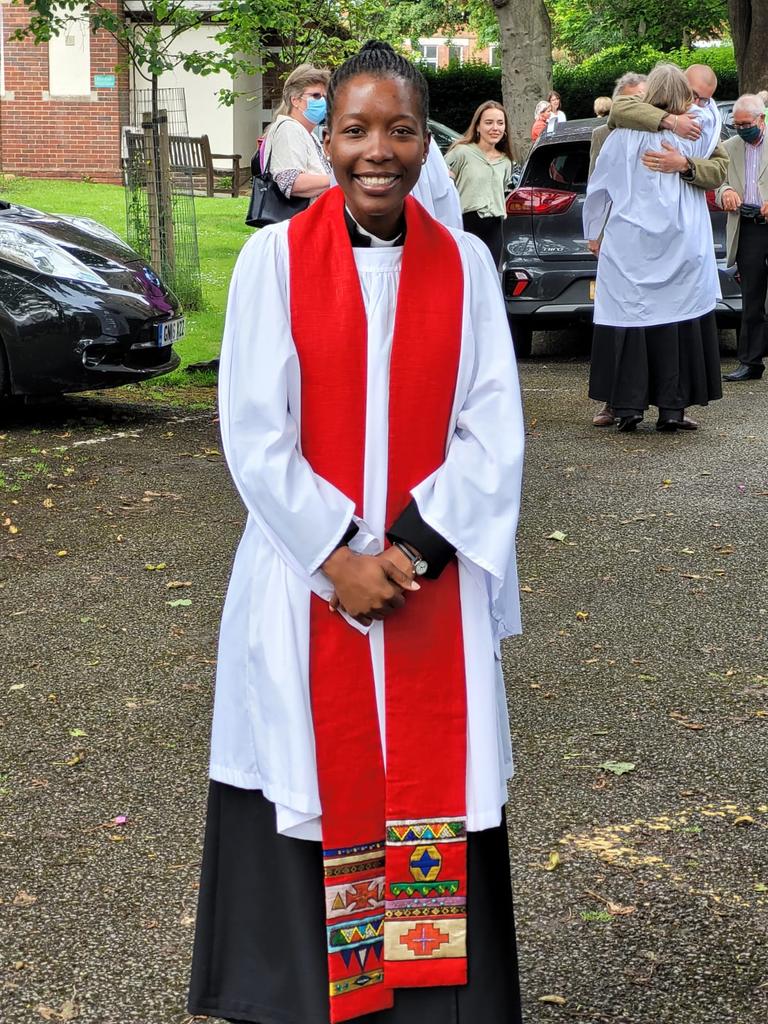 Let’s not forget, this was not an easy conference: controversy, anger and condemnation all played their part, as liberals and conservatives ripped chunks out of each other over same-sex marriage.

When I finally caught up with Cathrine for an interview, she was quick to diminish the praise being heaped on her shoulders.

“It’s an honour to hear people in leadership saying things like that, but it’s also scary,” she said. She attributes her prayerful demeanour to “God’s grace”, adding: “I’ve become more comfortable in it, that’s all.”

Cathrine first came to England to join the Community of St Anselm, Archbishop Welby’s monastic gathering of young people, who live for a year in prayerful contemplation at Lambeth Palace.

“That was where I learnt to be still and in the moment, doing nothing but waiting upon the Lord … I wouldn’t be where I am, had it not been for that experience.”

Back in Zimbabwe, Cathrine was raised in a Christian family. She says she was a shy child, and not as fluent in English. She credits her mum for gently pushing her into youth services at church, where she learnt to pray and to continue to grow in faith.

After university, Cathrine became active in youth ministry at a national level, an important factor in her journey to ordination. Another key moment came in 2016 when she attended the Anglican Consultative Conference in Lusaka, the capital of Zambia.

“Everyone kept saying to me, ‘you should think about ordination’, but I said no, we don’t do that in this part of the world. But they planted something in me that became hard to ignore.”

The conference opened up the opportunity for her to leave Zimbabwe to spend that crucial year in St Anselm, and from there to St John’s College, Durham.

Knowing that being ordained a priest might not be fully accepted back home, Cathrine says she drew strength from the story in Genesis of Abraham being called away from his people and family to go to a new land. She saw huge parallels in her own life and what God was calling her to do.

She describes the moment of ordination as extremely emotional. “At first, I was filled with doubt about my worthiness, my weaknesses too, and all the things I couldn’t do. And then I realised this isn’t about what I can do, it’s about what God can do through you”. 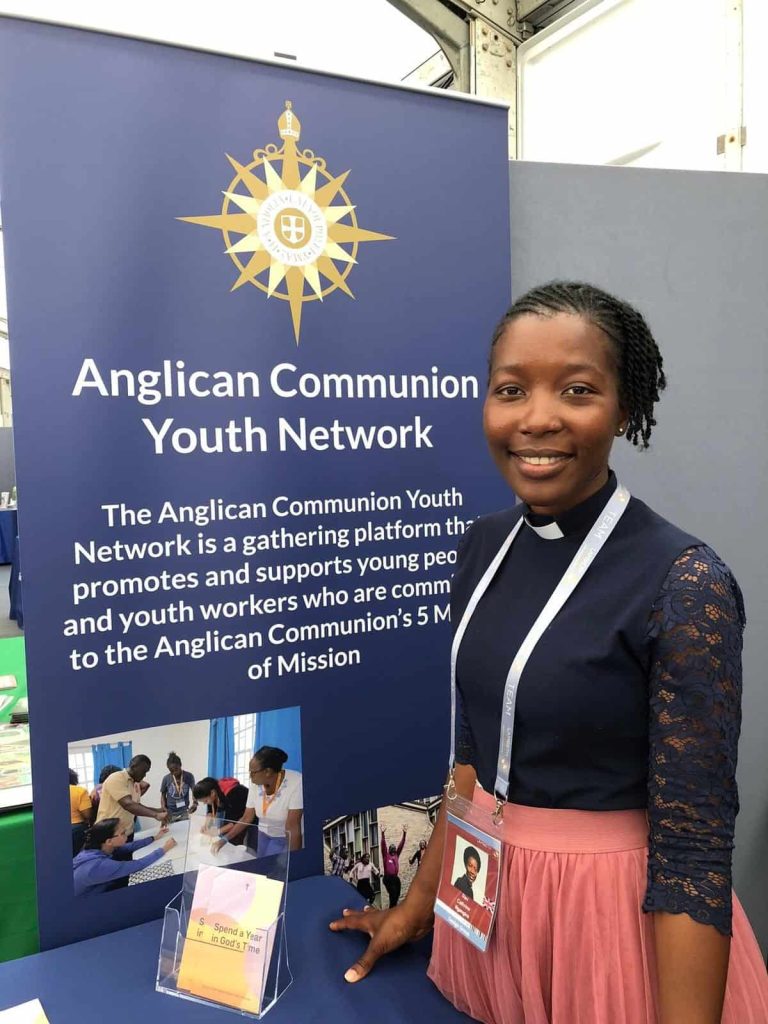 Cathrine, now working as a full-time priest, is a curate at Bearsted, a rural parish in Kent. Metaphorically and in reality, she’s thousands of miles from where she started.

“I’m enjoying it,” she says. “It’s very exciting.” More than anything, she loves speaking to the children in the local infants’ school. “There is something authentic about their expression of faith … it’s a humbling opportunity for growth,” she says.

Humble is a word she uses a lot. She won’t be drawn on anything that smacks of self-praise. Even when I quiz her about her elevated role at Lambeth, her response is typically self-effacing: “I think God has a sense of humour, or maybe people saw something in me that I can’t see.”

What she does say with passion is that the role of women in the church is still unfolding and will become much bigger and even more significant in the near future.

As for her own future, which some already see as marked down for advancement, the most you’ll get from this wonderfully gentle and deeply spiritual person is: “I don’t know where my future lies. I’m just happy to go wherever the Lord sends me.”

As for that bishop’s lofty predictions for her future, we’ll have to wait and see whether Lambeth has more to hear from Cathrine Ngangira. Watch this space.