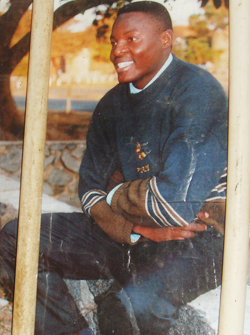 “Conditions” in a marriage have to be unimaginably horrendous for quite some time before a man of Learnmore Jongwe’s social station inexorably gravitates towards a point where he feels the urge to exact savage, brute and ruthless violence towards his wife, Rutendo Muusha, which ultimately fells her and extinguishes her flame of life.
This is the sensational news that Zimbabweans woke up to on 20 July 2002 leading to an overwhelming sense of shock and melancholy enveloping the whole country, including across the political divide, notwithstanding the apparent and understandable glee that some of his political opponents felt.
The narrative that was put forward by Jongwe and his Lawyer Samkange (and taken up by the “Independent Press”) following the harrowing events of that day is now so indelibly woven into the nation’s psyche that I had virtually given up on sharing a perspective of “contra-events” that I know and have quietly and steadfastly held onto for many years notwithstanding the relentlessness with which it has gnawed at my conscience.
This remained the case until I saw Lance Guma’s Facebook post on his “wall” commenting on the late “Warlord” Lawrence Chakaredza and Learnmore Jongwe. I went on to reply to his post and proceeded to write my own on the subject, with a view towards providing an alternative narrative, albeit almost irredeemably belated. In the end, I have received a tremendous amount of responses from various sections – including my own UZ Law School classmates and colleagues in the profession, with some of them, for understandable reasons, choosing to send private messages to express solidarity.
They also encouraged me to accept the requests that I received from Journalists to publish my post as an article, as they felt that it was in the public interest that this matter be revisited. Ultimately, whatever reservations I had about publishing (particularly professional ones) were swept away once I had become convinced that I was pursuing a cause of tremendous historical and social importance particularly in the context of modern Zimbabwean political and social discourse.
For reasons I am unable to adequately decipher, that post, more than those before it, stirred something from within that I have hitherto felt the urge to talk about and struggled to contain for a very long time. I am however, inclined to speculate that this may be attributable to feelings of guilt arising from a subconscious decision to embrace the convenient wall of silence that I and my colleagues have been engulfed in from the moment of Rutendo’s death till now.Advertisement