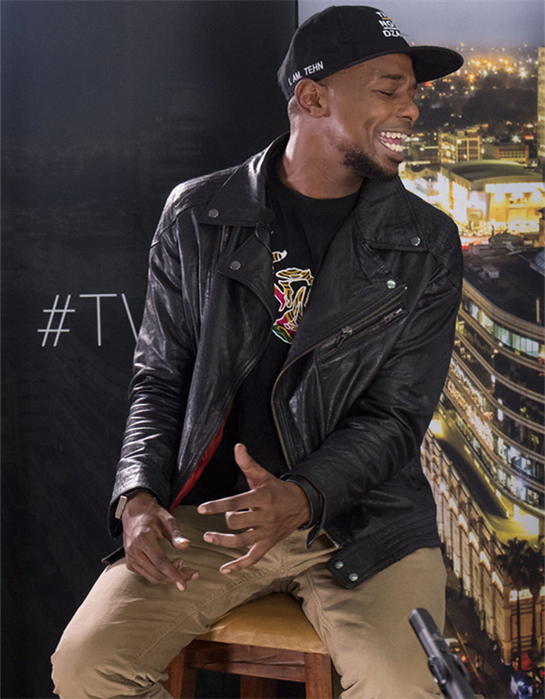 THIS week on Tonight with Zororo, Zimbabwe Rugby 7’s player, Graham Kaulback joined Zororo to talk about his near career-ending injury and what needs to be done to stop the talent exodus affecting the country.
In 2013, Kaulback broke his leg in a training session where the squad was preparing for the Hong Kong Sevens Tournament.
“I got stuck in a freak tackle, broke my leg, was in bed for a month, crutches six months with a plate and 9 screws in my leg,” the scrumhalf recalled.
It was during this period Kaulback began to think of life after rugby as the chances playing again at the highest level were thin.
“I saw a massive opportunity in events catering,” he said.
“I started a mobile catering business called G Dawgs catering. I started with nothing; not a cent in my pocket and I bought all my meat on credit.”
G Dawg is now a permanent fixture at sporting events, fairs and festivals around the country.
Kaulback credits the success of the venture to his passion for entrepreneurship and the economic environment in Zimbabwe which caters for the young entrepreneurial mind he said.
Turning to rugby, Kaulback said it was unfortunate that the majority of Zimbabwean players are amateurs and, at best, semi-professionals as this hinders their chances for success when competing against other nations.
“People don’t realise that we are competing against professionals and, in our team, we have an accountant, a sports coach, sales person, but we are still able to go and compete on the international circuit,” he said.
“In the past we could get away with being an amateur sport because other unions were also in that phase, but in the last two or three years the whole rugby world has gone professional and organisations around the world are pumping resources into their sports and we are getting left behind.
“It’s getting a lot harder to compete.”
Zimbabwean rugby has seen many of its own leave the country to pursue greener pastures. Names like Tendai Mtawarira, Tonderai Chavanga of the Springboks, David Denton 8th man for Scotland and Wallabies forward David Pocock come to mind.
Kaulback believes that financial rewards for playing rugby and an improvement in the economy would help keep players from putting on the jersey for other countries.Advertisement

He also encouraged players who are overseas to keep in touch with the Zimbabwe Rugby Union as they can always get called back for training camps.
Meanwhile, Hip Hop artist Tehn Diamond performed ‘Dajez in The Sky’ on the Coca-Cola Soundstage. The single is off his upcoming album The Perfect Tehn.
In an interview before his performance, the MC said his goals coming into 2015 were to “make one hundred thousand in revenue, crack the regional market and do a sold out hip hop show at the Harare International Conference Centre”.
Tonight With Zororo Ep. 9