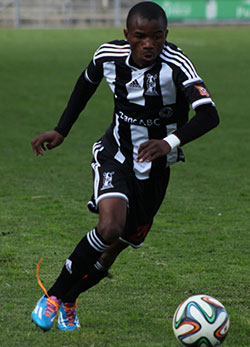 HIGHLANDERS coach Kelvin Kaindu has praised his charges for showing “great character” in Sunday’s 3-1 win over visiting Black Rhinos adding the win was a turning point for the Bulawayo giant’s season.
The Bulawayo giants came from a first half goal deficit to turn the tables and power to a convincing victory that helped them reclaim PSL top spot.
Charles Sibanda grabbed his second brace of the season while Gabriel Nyoni was also on target to inspire Highlanders to the win.
“We conceded while we were dominating the game but we came back and scored three goals. The players showed great character and I am happy with their attitude. I am so happy with the way we played,” Kaindu said.
The Zambian believes the win is a turning point in their season where they are gunning for a first league title since 2006.
“I am sure this victory is our turning point this season. What is important now is to pick up as many points as possible and consolidate our win,” he said.
They meet How Mine on Sunday in the first of their five straight games at Barbourfields Stadium.