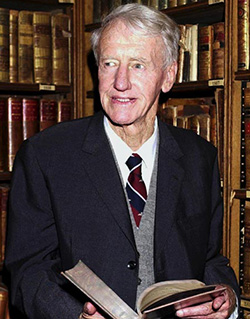 NEVER was Rhodesia swept up in such economic chaos, racism and sectarian nationalism. Approval of violence against civilians under the dictatorship of heartless Robert Moorgabie and Zanu PF thugs in our country is barely behind us and a very urgent solution is needed. It no longer matters whether you are white or black, this bloody nonsense must stop. Most Moorgabie loyalists will be offended by my assertions that I call our beloved country Rhodesia – yes it is RHODESIA! I have no reservations on that and will never feel guilty.
Ian Smith was a hardworking exemplary leader, humble, dedicated and, yes, he helped build a dynamic country called Rhodesia where everyone had access to food, quality life, plenty of jobs and world class cities with a well-maintained infrastructure. However, from the 18th of April 1980, the foundations of democracy and rights to have a decent life, jobs, quality healthcare were destroyed in our country by the evil Moorgabie and his communist ZANU bourgeoisie who took over, thanks to that short-sighted British Lady Margaret Thatcher and the British who endorsed clueless guerrillas to destroy a once well-managed first world class country by our Ian Douglas Smith.
As a proud hard working Rhodesian, I believe that it is relevant at this time for me to expand upon my thought process as it relates on how to recapture and restore our hijacked and once beautiful country. As a united nation we can submit ideas and avenues we can explore, discuss and eventually bring to fruition together with a view on building a country that promotes peace, economic advancement and respect for humanity.
Rhodesia needs political parties and leaders with a renewed political agenda and an approach that is both democratic and participative, and always strives to be more ethical, competent and innovative. The current government is just a bunch of professional educated thugs with one mission in mind – to loot and loot.
A German proverb states that “Who steals a calf, steals a cow. Moorgabie and his clan have stolen the Rhodesian cream that was left by hardworking black and white Rhodesians. What is left are rotten breadcrumbs, never in Rhodesian history did we have so many educated young people leaving the country in search of a better life elsewhere, causing a massive brain drain. Moorgabie must be ashamed of himself.Advertisement

What Happened to Rhodesia of Progress?
Despite baseless allegations that Ian Smith was brutal, he promoted a civilized society and economic development. He equipped the Rhodesian society with powerful economic tools and policies such as establishment of RBC (Rhodesia Broadcasting Corporation), Rhodesian Reserve Bank, Rhodesian Electricity Corporation, Rhodesian Omnibus, Rhodesian Airlines, Rhodesian Railways all this has disappeared under Moorgabie’s 36-year-old barbaric leadership.
When I left Rhodesia in 1979, all cities were comparable to London, Paris, New York everything was clean, dynamic and modern, but the place is an eyesore now. Handing Rhodesia to guerrillas was the worst global political error ever and, embarrassingly, this was endorsed by the British who were jealous of our world class economy.
William Henry Chamberlin (1897-1969) – an American historian and journalist – once said; ‘There were few police and no soldiers in sight. Many Africans lay stretched out in the city parks, quite at ease. Rhodesia was prosperous every educated person had a chance’. Remember the window shopping at nights at Meikles, Woolworth, Edgars Stores and Haddon & Sly just to mention a few.
Mugging was non-existent both in high and low density suburbs. People could sleep with their doors open; cities we vibrant, clean and almost everyone had formal jobs. Salisbury, Gwelo, Bulawayo, Fort Victoria were all classy cities with a future. Now all these cities are dead; everything is falling apart and the blame is always put on us whites. What a STUPID propaganda!
Quality Votes vs Quantity Votes
It should be noted that Rhodesia, unlike South Africa, was not a country of racial apartheid. There were 13 Africans in the 65-member legislature. Voters qualified to cast votes by property and educational qualifications. Fifty members were elected on an A roll, with higher qualifications; fifteen on a B roll, where the qualifications are lower. This was a perfect solution to avoid any Jack and Jill who had no clue on country management or economics to cast votes for incompetent leaders like the Moorgabies and Zumas of this world.
Look at what is happening in USA; the population voting for that moron Donald Trump are uneducated Individuals driven by silly emotions. The richest one percent in the United States own more wealth than the bottom 90 percent. Let the rich vote in Moorgabie land and the USA and we will not have destructive individuals like Moorgabie and Donald Trump who preach moronic politics of division and foolishness.
Time to Nip Moorgabie nonsense in the bud
Ian Smith took years to build the jewel of Southern Rhodesia which was the envy of the world only to be inherited by the ungrateful and incompetent Moorgabie. Ian Smith’s vision developed a dynamic country, economy and healthcare system that was of international standard which could compete with those in developed countries.
Despite apartheid allegations, immigrants came from all over the world – the USA, UK, Malawi, Zambia, Nigeria, Ghana, South Africa all in search of the Rhodesian dream to better their lives. What a great country it was. Food for thought.
Ian Smith was humble and responsible. if he had been allowed to rule till 2006, Rhodesia would be another Dubai. Obama once said “I don’t understand why people want to stay so long, especially when they have got a lot of money”. He was addressing the 54-member African Union (AU); an apparent criticism of African leaders who have done just that.
Calling on the AU to ensure leaders respect their constitutions and step down when their term ends, Mr Obama specifically mentioned Burundi, whose president Pierre Nkurunziza had controversially been re-elected for a third term. Obama’s remarks were also aimed at Moorgabie too. Added the US leader: “Sometimes you will hear leaders say ‘I’m the only person who can hold this nation together.’ If that’s true, then that leader has failed to truly build their nation.”
Ian Smith was a great person who fought for the welfare of the ordinary person – both black and white. His contribution towards a developed Southern Rhodesia cannot be questioned. He made the small beautiful country self-sufficient in most of the sectors within years. He managed infrastructure, health, industry, education, agriculture and above all the ‘IMAGE” of Rhodesia. May God bless his soul.
As a Texan resident I warn Americans not to vote for Donald Trump – Moorgabie’s cousin. America will be an eyesore within a blink of an eye like Rhodesia under Moorgabie and ZANU. I challenge every black and white Rhodesian to roll up their sleeves to end this STUPIDITY.
Rhodesian General writes in his personal capacity from Texas, United States. Dedicated to restoring Rhodesian wonderful times.