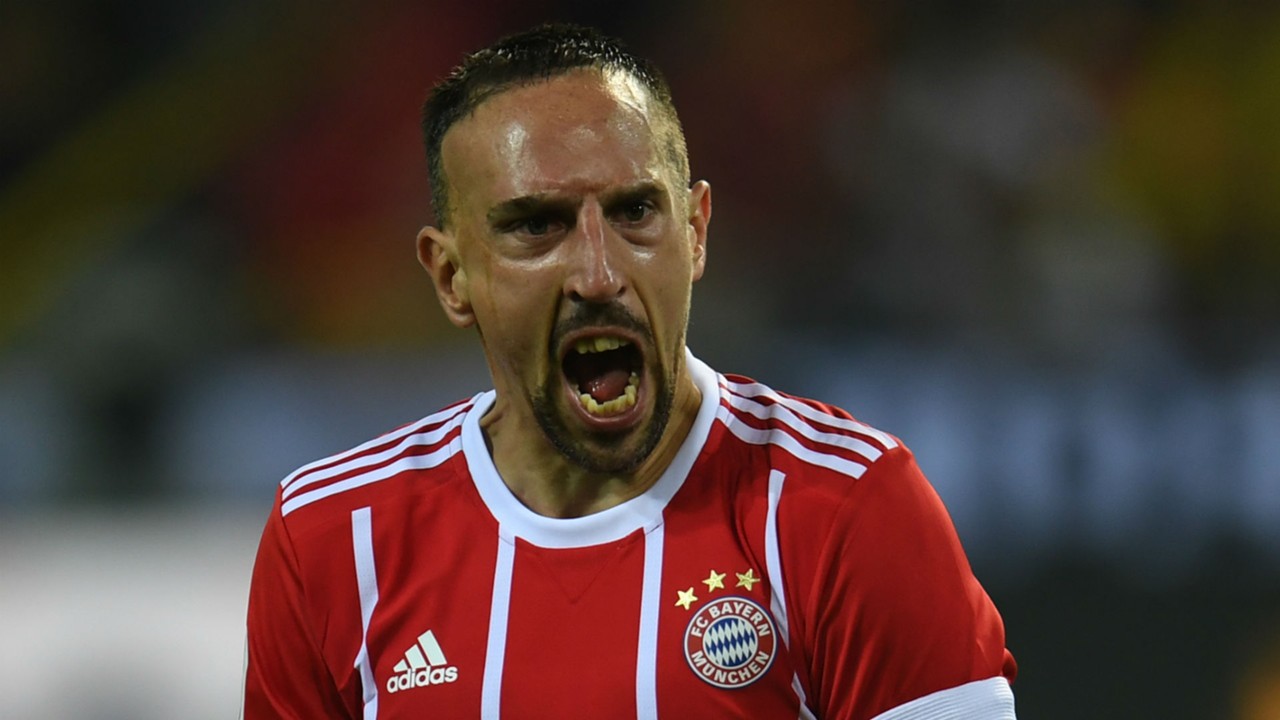 “I had a meeting with Patrick Guillou yesterday in Munich,” Ribery said in a video posted on Bayern’s website in German.

“We spoke for a long time about what happened after the game in Dortmund, it was wrong what I did and I was very emotional after the match.

“I apologised to Patrick and his family, I hope the matter is now over and it was important for me, and for him too, to have this conversation.”

According to reports, Ribery “made abusive remarks and then physically attacked” Guillou, a commentator for sports channel beIn, on the Bayern team bus after Saturday’s 3-2 loss at Bundesliga leaders Dortmund.

According to accounts, the 35-year-old Ribery hit Guillou three times in the face before pushing him in his chest.

German daily Bild claim Ribery was annoyed by Guillou’s critical comments about the veteran winger’s performance in the defeat, which left Bayern fifth in the league table seven points behind leaders Dortmund.

Ribery’s wife Wahiba had sent the winger a message on Instagram saying Guillou was “very tiring and useless”.