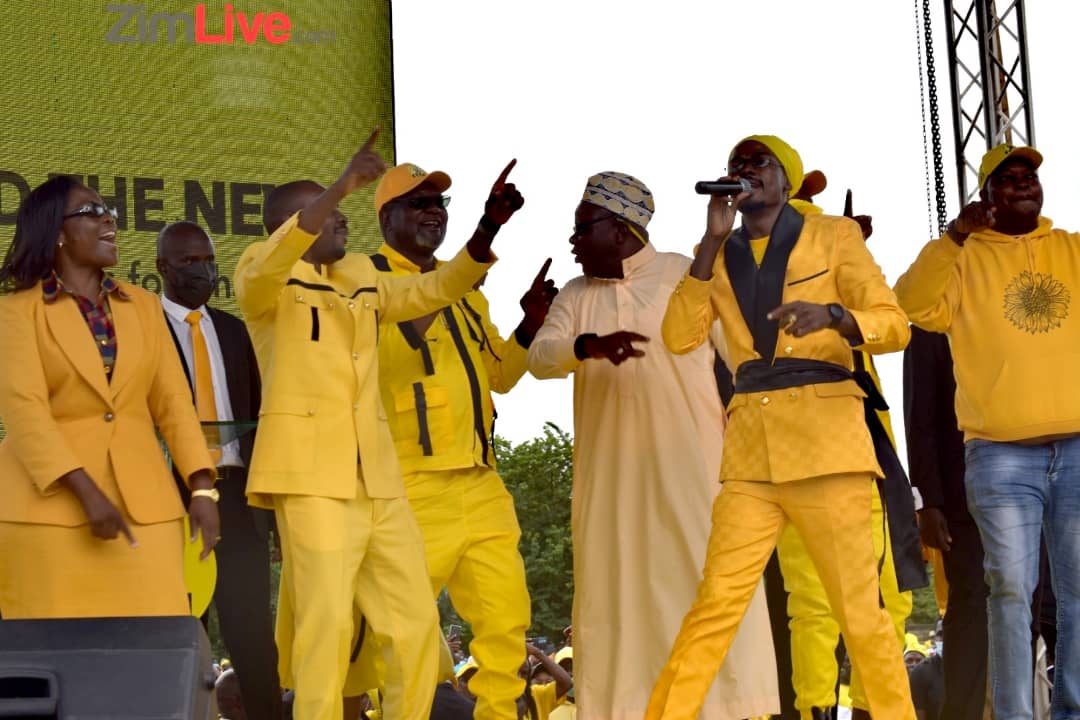 ZIMDANCEHALL musician Ricky Fire has received threats following his performance at the Citizens Coalition for Change (CCC) star rally at the Zimbabwe Grounds in Highfields, Harare.

The ‘Ndiratidze Zvaunoita’ chanter took to his Facebook page to share a screenshot of messages threatening him from one user with the username Nyatsimba Mutota.

Ricky Fire gave a vibrant performance at Nelson Chamisa’s maiden rally ahead of the by-elections slated for March 26 much to the excitement of thousands who had thronged the venue.

The  message reads, “Cde, I’m giving you 24 hours to issue a press statement clarifying whether you are an artist or a politician. And I want you to consider yourself warned!! Don’t try to deceive people hiding behind music whilst you are a sanctions BIGGER, The countdown has begun!!”

An unfazed Ricky Fire added the caption: “People of Zimbabwe, someone is threatening me ndasenderwa this in my inbox…But hanzi an Honourable Wiwa (Job Sikhala) ngavaite easy coz it wont end well. Share it and make the world know.”

He was part of the musicians line up which included Tryson Chimbetu and Judgement Yard.

Before the rally Ricky Fire had endorsed CCC leader Nelson Chamisa in a live Facebook broadcast.