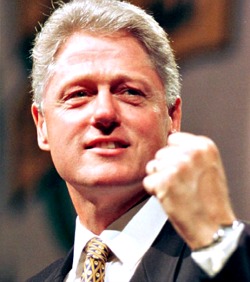 EMMY AWARD winning television host Rickie Lake Monday evening launched a social campaign film documentary to support treatment expansion and stop the spread of HIV/AIDS.
The documentary film aims to use the power of the social media to help stop the AIDS epidemic by quickly initiating treatment for all people diagnosed with HIV.
Launched in New York on the eve of the World Aids Day celebrations around the world, the film will honor 23 million people around the globe who need treatment for HIV.
“It is a complete honor and privilege to be part of this unique campaign to spread the importance of “TreatmentForAll” and to introduce the world to a place that is so near and dear to my heart, The Jacaranda School in Malawi,” said Lake.
Lake, Face book, digital influencers Wesley Stromberg, Sammy Wilkinson, Megan Nicole and Melvin Gregg and United States Government President’s Emergency Plan for AIDS Relief (PEPFAR) representatives travelled to Malawi to talk to patients affected by HIV/AIDS in an effort to show the “faces” of those fighting the disease.
“The interviews are honest and raw, capturing first-hand realities of people suffering from this disease,” said a statement released in Harare Tuesday morning by PEPFAR.
Following the documentary’s premiere, this group of social media stars along with digital stars from the Influential Network, will engage their combined digital following of more than 40 million people worldwide by sharing the film and launching the # TreatmentForAll campaign, calling on the world to prioritize and fast-track treatment.
It also calls on countries to adopt key policy changes and provide high-quality implementation to support the collective vision of treatment for all.
The documentary also features interviews with US Global AIDS Coordinator Ambassador Deborah Birx and former President Bill Clinton.
“If you want to save lives and stop an epidemic that has claimed the lives of tens of millions of people, treatment is the best prevention,” said Bill Clinton.
He added:  “Now, we are on the verge, for the first time ever, of being able to have one pill to treat people with HIV/AIDS that cost less than $100.”
Ambassador Birx said the moment to act had arrived.
“Imagine the moment when we have all the tools that we need to reduce new HIV infections by 90 percent to save millions of lives,“#TreatmentForAll will help change the conversation about what is perceived as possible, raising public awareness and catalyzing change around the globe,” Birx said.Advertisement