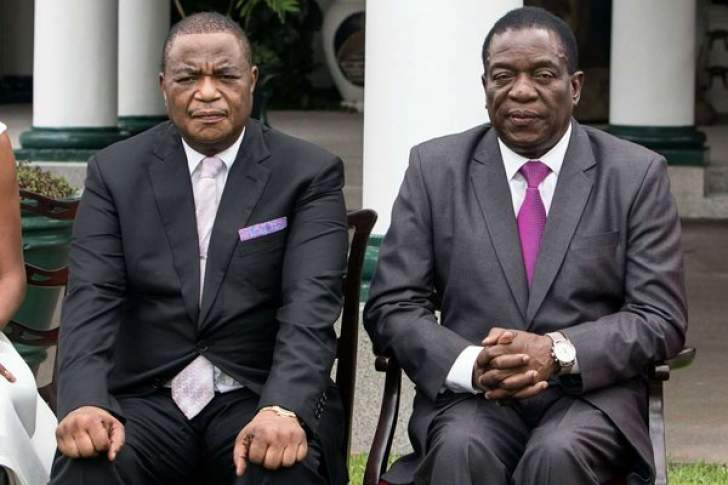 ZANU PF bigwigs accused of rigging January provincial elections have embarked on a witch-hunt to silence dissent in lower structures as infighting in the ruling party boils over following the disputed polls.

But the targeted members are hitting back at the party bigwigs, threatening to expose a choreographed plan to seize the structures and topple President Emmerson Mnangagwa at the December elective congress in favour of Vice-President Constantino Chiwenga.

In provinces such as Bulawayo, Matabeleland North, Manicaland and Mashonaland East and Mashonaland Central, there are rumblings of anger following the disputed polls, with disgruntled members warning that Mnangagwa will be the biggest loser, if he fails to step in.

“The five million votes that the president wants here in Matabeleland North, he won’t get anything because of the provincial coordinator.

“He is killing the party,” said a Zanu PF district official in an audio obtained by The Standard.

“We have done door to door campaigns recruiting people, but at the end you have those people removed from the register.

“The president is not aware that these people and top party officials in the province are removing people from the register to put their people to make it easy to remove him.”

In Binga, party members have expressed the desire to pass a vote of no confidence against provincial chairperson Richard Moyo on allegations that his “team” was involved in massive rigging in the polls.

Moyo is accused of working with Zanu PF secretary for administration Obert Mpofu to undermine the wishes of the people.

Ncube is said to be a loyalist of Mnangagwa and his supporters say the provincial elections were rigged as part of the alleged plot against the Zanu PF leader.

In Bulawayo, chairperson Jabulani Sibanda is also under fire on charges of promoting “factionalism” since he was elected into the post weeks ago.

In 2019, Sibanda, a former war veterans’ leader was barred from contesting the Bulawayo chairperson’s post following opposition from some officials in the province, who said he was not in their structures.

In Manicaland, provincial chairperson Mike Madiro is allegedly going for the kill in his “witch-hunt” against perceived rivals, including his main challenger Albert Nyakuedzwa in the provincial polls.

Nyakuedzwa, a Makoni district coordinating committee (DCC) chairperson,  has now been summoned to appear before a disciplinary committee tomorrow charged with fuelling factionalism among other charges.

On January 29, Nyakuedzwa was slapped with prohibition orders alongside his suspected allies in the DCC.

The letter was signed by the secretary of the Zanu PF provincial disciplinary committee Misheck Mugadza.

Nyakuedzwa lost narrowly to Madiro, but he has accused the latter of vote rigging.

Other party members, who will appear before the disciplinary hearing are Phillip Guyo from Buhera North and Ngonidzashe Mudekunye from Buhera South.

Sources in Zanu PF told The Standard yesterday that Nyakuedzwa would be stripped of his powers as DCC chairperson, which will relegate him to an ordinary card-carrying member.

“Madiro is going for the kill, he is aware that if he silences Nyakuedzwa it will be a chilling warning to other perceived rivals in the province,” said the source

Another source said there is an attempt to throw Nyakuedzwa into the political “dustbin”.

Madiro is said to be grooming his loyalist Tawanda Mukodza whom he appointed as his deputy.

Another source added that Madiro’s  attempts to silence critics will backfire against him.

“Remember Nyakuedzwa had good votes, he was defeated with few votes, so Madiro should lead a healing process instead of what he is doing.

“It will be difficult to reach the five million votes,” he added.

Madiro confirmed that the province has moved in to stop dissent, which he described as gangsterism.

“Should I simply watch when there is indiscipline in the party?

“We need to act on such indiscipline. As a party we don’t allow thuggerism and gangsterism,” Madiro said.

In Mashonaland East, provincial chairperson Daniel Garwe, who is also a minister of National Housing admitted the chaos in the cell structures in some districts.

“We have cell registers that are in bad shape and we need to correct that.

“We will correct that,” Garwe said during the provincial executive committee meeting held in Marondera.

The party held its restructuring exercise from cell to provincial level.

Vicious fights that erupted during the polls were linked to the alleged factions in Zanu PF linked to Mnangagwa and Chiwenga ahead of the December congress that will elect new leadership for the ruling party.

The two Zanu PF leaders have in the past dismissed reports that they were jostling for power.

Meanwhile, Zanu PF has engaged members of the apostolic sect in Marondera to mobilise support ahead of the March 26 by-election for Marondera Central constituency.

A high-powered delegation visited an apostolic shrine in Marondera that is led by Lawrence Katsiru.

In his welcome address, sect leader Madzibaba Ecos Chiore told the gathering that Zanu PF and the apostolic sect were inseparable.

Katsiru pleaded with the delegation to ensure that youths from his church benefit from government projects.