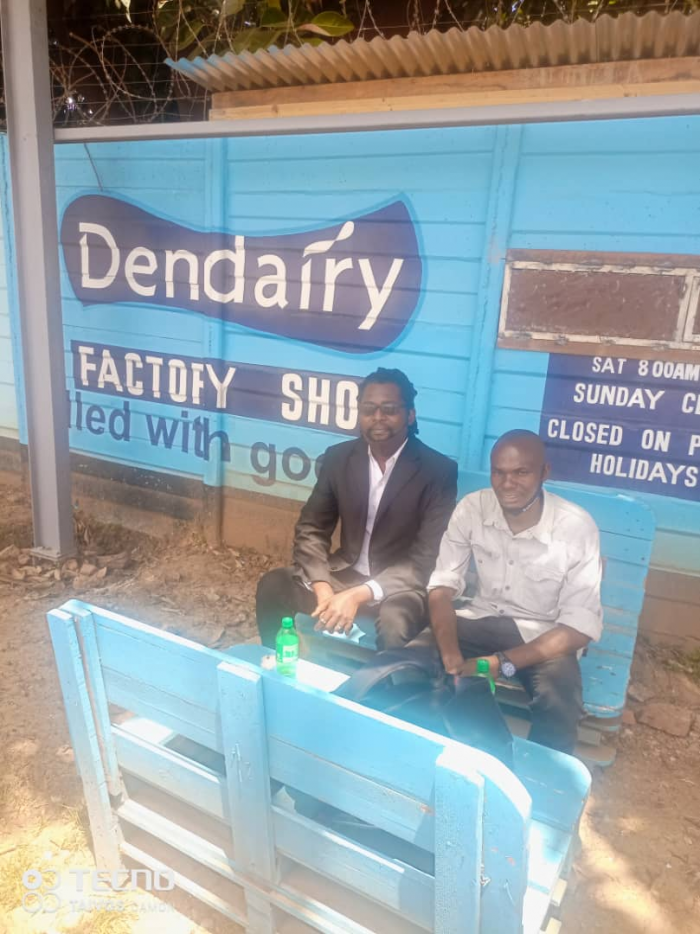 TWO Kwekwe-based human rights activists made an unannounced visit at Dendairy’s main branch in the gold-mining town demanding an audience with the directors over the controversial proposed lucerne grass project at Chilonga in Chiredzi.

Emmanuel Nkosilathi Moyo and Milton Gwamuri Tuesday door-stepped the company, but were barred access to the premises after they outlined the purpose of their unexpected visit to the premises where Dendairy’s main operations are housed.

The duo’s action is the latest in recent days to push Dendairy, under the hashtag #BoycottDendairy, to abandon plans of setting-up the fodder project and save over 12 500 Chilonga villagers from eviction from their ancestral land in the Lowveld area they have been occupying for decades.

Speaking to NewZimbabwe.com Thursday, Moyo said they took the move to engage the dairy products manufacturing firm’s proprietor Neville Coetzee to convince him to decline the land offered by government for his envisaged lucerne grass project meant to produce animal feed for his dairy cattle herd.

“We went there in our individual capacities as human rights defenders and as concerned citizens. The purpose of our visit was to engage Dendairy management to get their position on Chilonga,” said Moyo.

Security personnel manning the entrance refused the pair entry into the premises and referred them to Harare where they said Coetzee operates from.

Moyo said they would continue seeking an audience with the owners and management of Dendairy.

“We are still continuing with our move and we feel Dendairy must have conscience. We respect Dendairy, it was formed here in Kwekwe, it progressed very well and is one of the successful companies from our homeland of Kwekwe.

“I hear it’s now exporting to other parts of Africa. We didn’t have a problem before but now we are saying if they are considerate, they shouldn’t accept the land considering the pain, damage and disaster that will be upon Chilonga,” said Moyo, who has been arrested by police several times for his militant stance on various issues.