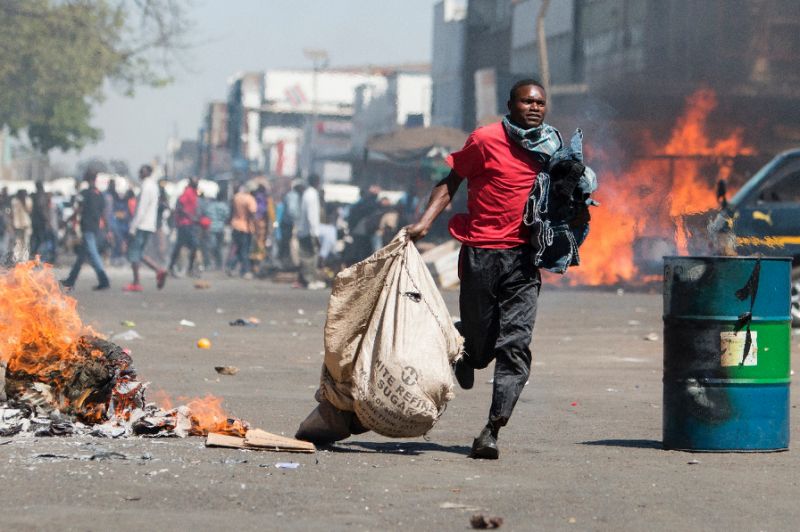 The State rights watchdog chief also took a dig at the Zanu PF government’s failure to clamp down on party followers who have been at the forefront of the country’s bloody poll periods.

“It should be noted that as watchdogs of the bill of rights, no one is or should be above the law and therefore there is need for political parties, government officials and related institutions as well as the general citizenry to obey the laws of this country to their spirit and letter,” he told a recent conference for election stakeholders.

Mugwadi gave reference to a Zimbabwe Human Rights NGO Forum report on the 2008 electoral violence which indicated that between January and December of that year, there were 6 politically motivated rapes, 107 murders, 137 abductions or kidnappings.

The report further said there were 1,913 politically motivated assaults, 19 forced disappearances, 629 displacements and 2,532 violations on freedoms of association and expression.

The rights group, in its report, said the Robert Mugabe-led government of the day failed to follow up on the cases adding that police units also organised and even participated in the violence.

“We do not believe there are sacred cows that should enjoy legal privileges and immunities with respect to politically motivated violence,” he said.

“Moreover, the independence of the judiciary, police and the National Prosecuting Authority should not only be guaranteed and should be seen to be respected and fulfilled in practical terms.

“Impunity by perpetrators of violence has seen various offenders of human rights abuses remaining unaccountable for their actions with survivors of political violence and torture having no access to justice and redress.”

The ZHRC boss said impunity around violence in Zimbabwe was “often the primary obstacle to upholding of the rule of law” adding that human rights become a mockery when political violence goes unpunished and when amnesty laws exempt perpetrators from responsibility.

President Emmerson Mnangagwa, whose “cruel” hand has often been linked to most of the country’s bloody episodes, has pledged to deliver a flawless poll free of any violence.