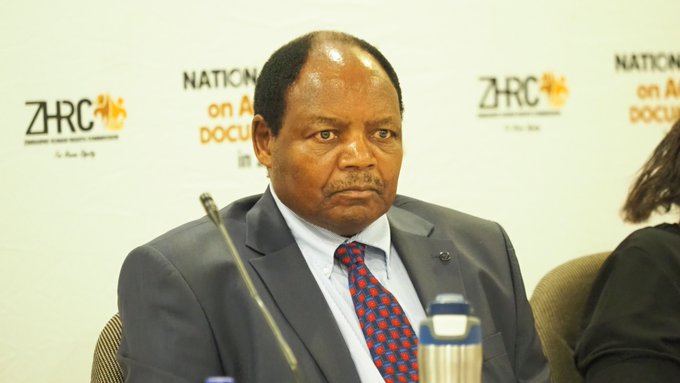 THE Zimbabwe Human Rights Commission (ZHRC) has called on the country’s security forces to respect the media in the wake of numerous reports of continued arrests and assaults on journalists.

In a statement on the protection of the Right to Press Freedom, ZHRC called on the government to respect, protect and promote the rights of media practitioners.

“Government should enable media houses which are in compliance with laws regulating the media to operate without interference and undue restraint,” ZHRC said.

The rights commission said since the initial phase to the national lockdown due to the Covid-19 lockdown violations in the forms of failure to recognise the media as an essential service, restrained movement, physical assault by law enforcement agents, degrading treatment and increased accusations on publishing falsehoods were noted.

ZHRC reminded government that freedom of the press should be exercised freely.

“It includes the right to report news, circulate opinions without interference from the government and protection of the confidentiality of journalists’ sources of information as well as guarantee of the safety of journalists, among others,” said the rights commission.

ZHRC also said Section 61 of the constitution clearly guaranteed freedom of the media which included freedom to seek, receive and communicate ideas and other information.

Several local journalists have reported being beaten up by the security forces, sent back home, ordered to toyi-toyi, among other abuses.

Zimbabwe’s information ministry has worked closely with the media to protect their rights but often times the security forces continued to act otherwise.

ZHRC also challenged media practitioners and media houses to operate within the confines of the law and urged to desist from peddling falsehoods, fuelling conflict and violence and promoting divisions among citizens.

“Media should report truthfully and without fear or favour,” ZHRC added.