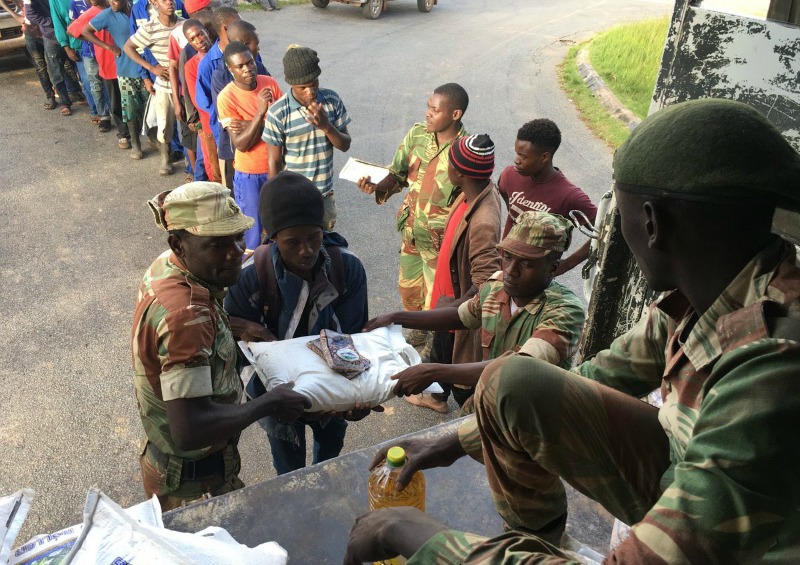 GOVERNMENT’S human rights arm, Zimbabwe Human Rights Commission (ZHRC) has released a damning assessment of what it says was the uneven distribution of food items to communities affected by last month’s Cyclone Idai which left families without homes and belongings, mostly in Manicaland.

This is despite continued assurances by government that tonnes of food and non-food aid donated from all corners of the world were being channelled to intended use.

In a statement Friday, ZHRC said it had observed that there was efficient and effective distribution of food from provincial level up to district level.

Things however turn chaotic when the aid starts being distributed at community level where there is lack of clarity and accountability.

Reports from the province have linked some unscrupulous Zanu PF officials to partisan distribution of food, medicines and other forms of aid, coupled with claims of armed forces taking some of the food items to their homes. Government has refuted the claims.

In its report following the assessment of the distribution of aid in the affected area, ZHRC acknowledged “the supply chain was being managed effectively and efficiently from the provincial level to the district main distribution centre at Silverstream.”

Said ZHRC: “The Government officials and in particular the Department of Social Services are commended for putting in place mechanisms that ensure smooth flow of processes involving the movement of aid, at these levels.

“However, the supply chain into the affected communities was problematic as it lacked clear accountability mechanisms. There was lack of clarity and coordination in the aid distribution process. For example, at Ngangu Secondary School and Machonjwe Shopping Centre distribution points, ZHRC observed that there were different registration and distribution procedures that were being used.

“As a result, there were different versions of distribution lists for the same location. This had the effect of opening up the process to manipulation by some local leaders including politicians, and other influential individuals, resulting in the intended beneficiaries losing out along partisan, nepotistic and other affiliation grounds.”

ZHRC also took note of the damage of infrastructure at the affected areas with some areas still not easy to access by road because of the level of damage to the roads and bridges.

“Access to Chimanimani, which was the hardest hit district, remained a major challenge at the time of the monitoring visit.

“Most of the road infrastructure, in particular bridges, in the affected areas was extensively damaged. Access to communities such as those at Kopa and Rusitu remained difficult because of the damaged infrastructure.

The Commission’s report also revealed that access to areas such as Chipinge Urban, Silverstream, Skyline, Machongwe and Ngangu was difficult.