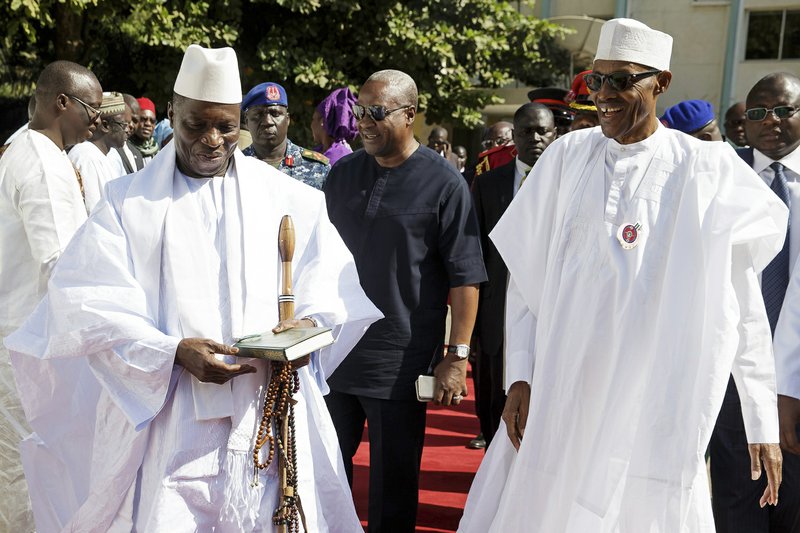 BANJUL: A survivor, families of the disappeared and human rights organizations are seeking the extradition and prosecution in Ghana of Gambia’s former leader Yahya Jammeh for alleged direct involvement in the killing of more than 50 West African migrants in 2005.

Human Rights Watch and TRIAL International on Wednesday called on Ghana’s government to investigate new evidence they say ties Jammeh to the killings of Ghanaians and others.

The groups conducted interviews with 30 former Gambian officials, including 11 officers linked to the deaths. Witnesses identified the Junglers, a notorious unit that took orders directly from Jammeh, as those who carried out the killings as the migrants tried to make their way toward Europe.

Several officials told the rights groups that the migrants may have been mistaken for mercenaries, who reportedly were planning a coup.

Some 44 Ghanaians and several Nigerians, including two women, left from neighboring Senegal in a motorized canoe in hopes of catching a boat that eventually would take them to Europe, the rights groups said. They couldn’t make contact with the boat and landed in Barra, Gambia on July 22, which was the country’s Revolution Day marking Jammeh’s 1994 coup.

“They lined us up, pointing guns at us, and marched us to the Barra police,” said the sole known survivor of the killings, Martin Kyere, said in the report.

The rights groups confirmed that the migrants were detained in the presence of the inspector general of police, National Intelligence Agency director and chief of the defense staff, among others, and at least two of those present were in telephone contact with Jammeh.

The group of migrants was divided and handed over to the Junglers.

“We were in the back of a pickup truck,” Kyere said. “As the truck went deeper into the forest I was able to get my hands free. I jumped out from the pickup and started to run into the forest.”

The other migrants were executed near the capital, Banjul, and along the Senegal-Gambia border near Jammeh’s hometown of Kanilai, the rights groups said.

Ghanaian authorities worked with Kyere to identify many of the dead, in an investigation that ultimately led to reparations by Gambia for victims’ families and the return to Ghana of six bodies.

No arrests have been made in the killings, the rights groups said. Instead, “rogue elements” in Gambia’s security services were blamed and Gambia’s government was not “directly or indirectly complicit,” according to a report by the United Nations and the ECOWAS regional bloc, the groups said.

The rights groups now argue that the new evidence shows clearly that the Junglers were responsible.

Human Rights Watch and TRIAL International are part of an international campaign launched in Gambia to prosecute Jammeh for the abuses alleged under his 22-year rule.