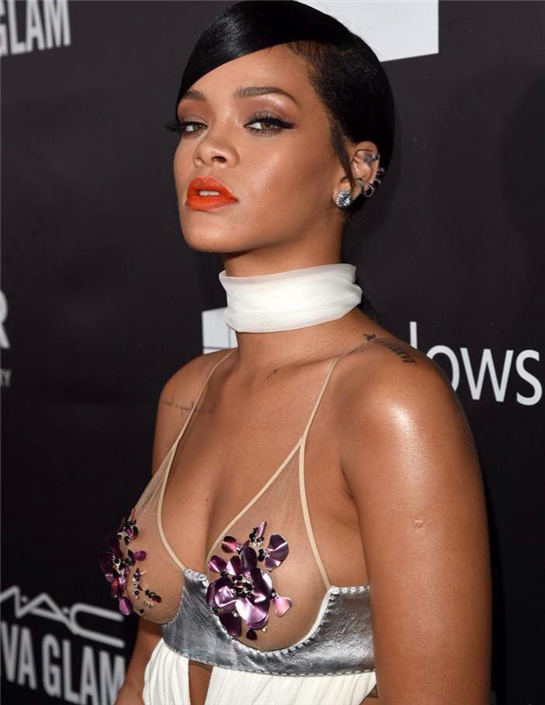 RIHANNA has quashed rumours that she is dating Leonardo DiCaprio, saying she doesn’t have time for a man.
The We Found Love singer had been linked to the Wolf Of Wall Street star after they were pictured looking close at her birthday party, which he reportedly organised.
But according to the Daily Mirror, when Hello! magazine asked her: “How does Rihanna DiCaprio sound to you?” she replied: “It sounds to me like you should stay away from the blogs because they will s***w you every time.”
Rihanna, who recently performed her new track B***h Better Have My Money at the iHeartRadio Music Awards and has collaborated with Kanye West and Sir Paul McCartney on FourFiveSeconds, added that there was no space in her life for a boyfriend.
She said: “I’m so busy right now that I just don’t have a lot of time to offer to a man so it wouldn’t even be fair to be thinking of pulling somebody else into this life.
“But if I did, he would have to be man enough to live with my schedule and not get scared.”
Meanwhile, despite the pair being spotted meeting up in the early hours of the morning in New York City, a spokesman for Leo has insisted that he is “single and has been for some time” and that he is concentrating on filming his new movie, The Revenant, in Canada.