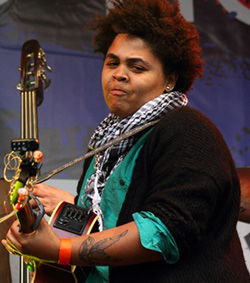 RINA Mushonga further cements herself as a symbol of female empowerment with new track – “AtalantA”.
Named after a Greek mythological figure known for her running and hunting abilities, the latest track celebrates female strength and shows us that Mushonga is a goddess in her own right.
All hail Mushonga! After having her first release “The Wild, The Wilderness” gain a huge fanbase and critical acclaim in the Benelux (Belgium, Netherlands and Luxembourg), this boundary-breaking songstress is ready for more action.
Remixed by CUT_ and recorded in South London, “AtalantA” has been influenced by Rina’s residency in Peckham – a hub of diversity and energy that has served as creative drip feed for the singer.
The latest release also takes influence from Mushonga’s Dutch-Zimbabwe roots. It’s an explosion of cultural appreciation and is one not to be missed. Take a listen.