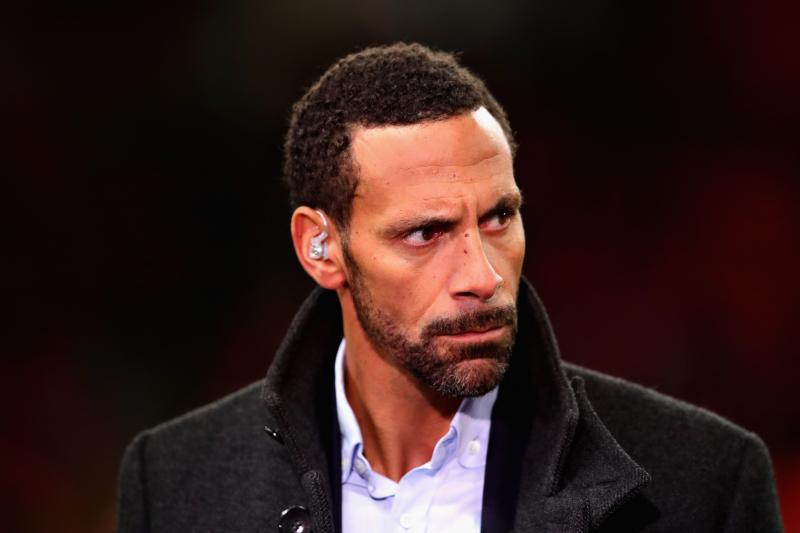 Manchester United legend Rio Ferdinand believes his former side will finish behind a top two of Manchester City and Liverpool in the Premier League this season, a scenario he believes will be “horrendous” for the Red Devils.

He told the Mirror‘s Mike Walters that City “look stronger than ever,” and the Reds have improved with the signings of Alisson, Naby Keita, Xherdan Shaqiri and Fabinho.

“I’m a United fan, and I want to see them win the title, but I fear it’s going to be very difficult for that to happen this season,” he said. “I can’t see past City and Liverpool as the top two—and to say that about the two clubs who wouldn’t be top of any United fan’s Christmas card list is horrendous.”

Ferdinand is concerned that “there seems to be a lot of negativity around United at the moment,” citing manager Jose Mourinho’s frequent complaints during pre-season surrounding the club’s transfer activity and the players available to him on their tour of the United States.

The former centre-back believes “that doesn’t bode well,” but he also added:

“I wouldn’t write him off. He has won 20 trophies as a manager.

“He knows how to galvanise teams by instilling a siege mentality sometimes, and he is going to need all his dark arts to create that atmosphere of ‘Manchester United against the world’ to make them formidable again.

“But it’s not just new signings that is going to be the catalyst. It’s the manager who sets the tone, and he’s got a few big issues to address.”

Ferdinand believes Mourinho must focus his efforts on getting the most out of the likes of Paul Pogba, Alexis Sanchez, Anthony Martial and Marcus Rashford.

Despite failing to do so last season, the Red Devils were still able to finish second in the Premier League, but with their rivals having strengthened this summer they need to be at their best if they’re to compete.

James Robson of the Manchester Evening News believes they won’t be too far off if they can land a centre-back, though ESPN’s Rob Dawson thinks they should already be expecting big things:

While more investment in the team is needed and should improve their prospects if done correctly, Mourinho has had plenty to spend during his time at Old Trafford:

It’s time to make the most of what he has, as there is a lot of untapped potential in United’s squad already.

Ferdinand said as much, and concluded: “It’s going to be a big ask for United to win the title, and I’m afraid I would be surprised if they made serious inroads in the Champions League as well.”

If Mourinho can get his most talented players firing on all cylinders they should be capable of mounting a serious title challenge and reaching the business end of the UEFA Champions League, but he has struggled to do that during his two years at Old Trafford.

This season will perhaps be the biggest test of his career, and whether he passes it or not will have a huge impact on United’s fortunes.